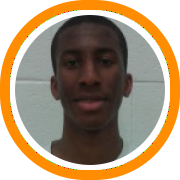 With the 2013-2014 seasib now long since passed and the most notable all-star games now completed after this weekend’s Derby Classic and Jordan Brand Classic, it’s time to release our final rankings for New England’s 2014 class.

Final rankings are based on a combination of three factors:  First, the player’s potential to, one day, play at the highest levels (something which distinguishes only the most elite prospects); secondly, their projected impact at the college level; and lastly, their impact at the high school level.

In other words, rankings are not about what players have already done, but about what they are likely to do in the future.

In 2014, the top ranked player in New England is actually making his debut in that spot.  Isaac Copeland had a phenomenal season for Brewster Academy, all the while demonstrating tremendous long-term potential and the ability to make a quick and important impact at Georgetown.  He shot up the national rankings to finish 15th overall in the ESPN 100 and sits atop our region as a result.

Goodluck Okonoboh and Abdul-Malik Abu both had storied careers.  Okonoboh, one of the top shot-blockers in the country, starred at the Under Armour Elite 24 game in August before announcing his commitment to UNLV on national television.  Abu emerged as one of the top power forwards in the country last spring and summer and went on to win Player of the Year honors in Class AA before being selected for the Jordan Brand Classic regional game.

Fourth ranked Kaleb Joseph, who won back-to-back NEPSAC titles at Cushing, will now have a chance to be Syracuse’s starting point guard from day one of his freshman season following Tyler Ennis’ decision to declare for the NBA Draft.  Paschal Chukwu is both rapidly improved and yet still only scratching the surface of his potential as he looks poised to develop into a terrific Big East center at Providence.

Jonah Bolden is headed to UCLA next season and loaded with long term upside, while there might not have been a more impactful player in all of New England this season than his Brewster Academy teammate Devonte Graham, who now has his choice of high-major programs after finally receiving his release from Appalachian State.

Jared Terrell set the standard of sustained excellence with this group as he’s been considered one of the top players in the class straight from his years as an underclassman and ultimately punctuated that career in style by capturing MVP honors of the National Prep Championship.

Bonzie Colson had a breakout AAU season last spring and summer before ultimately committing to Notre Dame and his final chapter of the year was a fitting one as well with his big performance at last weekend’s Derby Classic.

New Hampton’s Tory Miller rounds out the top ten.  The Colorado bound big man was at the forefront of the Huskies late charge during the prep school season and established himself as New England’s best true center in the process.

While Copeland and Graham stand out as the two most prominent recent stock risers, there are a number of prospects who played their way up the respective lists with strong showings in the final month of the season.

St. Thomas More’s forward tandem of Eric Paschall and Yuta Watanabe are atop that list.  Both are bound for the Atlantic 10 but proved themselves to be high-major caliber talents before their prep careers came to an end.

New Hampton swingman Aubrey Dawkins falls into a similar category and has seen the level of his recruitment rise as a result.  His teammate, Elijah Bryant, couldn’t have been much better down the stretch of the season and both played his way into a scholarship from Elon while also climbing the rankings in the process.

Cushing Academy swingman Idris Taqqee is another player that made a notable jump as he stood out not only by virtue of his consistent impact and winning mindset but also by the continued improvement of his offensive tools.

When it comes to forecasting a player’s impact at the next level you have to consider both their abilities as well as their opportunities.  Inevitably, many of the players who have the strongest impact will be the ones who weren’t seduced by the allure of the highest level during the recruiting process.  In other words, the prospects that made their decision based on finding the best fit might not have won the recruiting headlines this season, but they’ll win the college basketball headlines a year from now.

In New England’s 2014 class there seems to be a trend of players who spurned high-major opportunities to play in the Atlantic 10.  We already mentioned the St. Thomas More tandem of Paschall and Watanabe, bound for Fordham and George Washington respectively, but that’s just the tip of the iceberg.

Jarvis Garrett was a star all season long for Notre Dame Prep and a huge recruit for the University of Rhode Island.  He had plenty of high-major suitors but ultimately chose a level where he’ll have an opportunity to make a quick and lasting impact.

The same can be said for Worcester Academy’s Matt Cimino, who lived up to his talent with a big senior season and saw offers from SEC and ACC programs as a result.  Ultimately though, he also chose to skip the higher rated conferences in favor of joining Watanabe at George Washington.