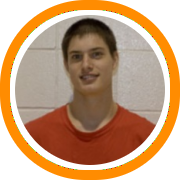 Another of the top remaining point guards came off the board this weekend when Indiana Faithfull committed to Wofford.

Wofford head coach Mike Young led his squad to the NCAA Tournament this year where they gave BYU and national player of the year Jimmer Fredette a run for their money before ultimately falling 74-66.

The Terriers will have to replace a good deal of firepower if they hope to have similar results next year as they graduate five seniors, including two-thirds of their three guard line-up, but Faithfull gives them a point guard capable of stepping right in and making an immediate contribution.

“Indy is a terrific player and I think Wofford got themselves a steal,” said Faithfull’s AAU coach Carl Parker.  “Hopefully it means four more years in the NCAA tournament.”

Faithfull heads to South Carolina with nothing but a winning resume having led his Cheverus High School team to a Maine state championship last year as a senior and following that up by running the point for a St. Thomas More team that went onto the National Prep Championship this season.

A six-foot-three southpaw, Faithfull provides good size and strength along with deceptive athleticism at the point.  What really sets him apart is his ability to run the show as he is a tremendous distributor and one of the purest point guards in all of New England.

Faithfull is the fourth member of this year’s St. Thomas More team to commit to a division I school and the team’s eighth player to earn a scholarship.