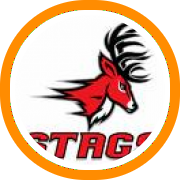 Jones is a significant addition for Fairfield and picked the stags over Tulane, Central Florida, South Carolina, George Mason, and Old Dominion.

Jones is best described as a face-up four-man from 15 feet and in who is just beginning to scratch the surface of his potential.  He has a developing perimeter game and is known for his work ethic, unselfishness, and willingness to do the dirty work inside the paint.

"I'm very happy with my decision," Jones told Scout.com. "Fairfield has a great coaching staff and they have been there since day one.  They make me feel like family and it's somewhere I feel I'm going to play and become a man."

Jones joins Jamel Fields in Fairfield's 2010 recruiting class.  Fields will be a post-graduate at Cheshire Academy next season.