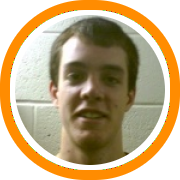 Anytime a team goes 13-3 they are having a terrific season.  But for Phillips Exeter that is just the tip of the iceberg.  Consider these facts:  they have won 8 games in a row and 10 of their last 11; they are 4-1 in class A of the NEPSAC; they defeated New Hampton for the first time in 24 years; and they swept the season series with Northfield Mount Hermon for the first time in 20 years.

“We’ve turned the corner in what we’ve been trying to accomplish the last few years,” said Coach Jay Tilton.  “Now, we’re not just competing with other schools in class A, but we’re winning some games and progressing towards our goal of beings contenders in the league.”

Being contenders in class A of the NEPSAC is no easy task, especially for a school like Exeter.  While many schools in the conference are able to recruit players who are borderline qualifiers through the NCAA’s clearinghouse, Exeter’s admission requirements dictate they build their team with student athletes who have the academic credentials to go on to the Ivy League or similar situations.  Consequently, Tilton and his counterpart Malcolm Wesselink are forced to field a team from a drastically smaller applicant pool.

“We’re not disillusioned,” Tilton said.  “We know we’re not more talented than every other team.  So we have to defend and compete every night.  One of our biggest strengths this year has been the quality of our practices, because all 15 guys go at each other.”

As so often happens, practice habits carry over to the game, which has enabled Exeter to play a much deeper lineup than in years past.  In fact, the team’s recent winning streak has come with starting swingman Reggie Willhite (committed to Yale) out with a back injury that he sustained against Brewster Academy.

But led by their backcourt of Jabari Trotter and Nate Schwarze, in addition to their outstanding supporting cast, Exeter hasn’t lost a step.

Trotter has been at his best against the class A opponents as he has consistently risen to the challenge of the big game throughout the season.  He scored 26 against Brewster, 27 & 28 in the two games against Northfield Mount Hermon, and 27 against New Hampton.  His most recent performance was his best of the season as he scored another 27 points, including 8 three-pointers in a win over Worcester Academy on Wednesday.  But it was his last second heroics that made the game so memorable.  With his team down 75-73, Trotter caught the ball at the top of the key with one second remaining and drained a three-pointer to give his team a 76-75 victory as time expired.

While Trotter has put up the big numbers, Schwarze’s impact has occurred in more subtle areas.  In addition to being another outstanding spot up shooter on the roster, the point guard gets the team into their offense, takes care of the ball, and sets the tone with his work ethic and leadership abilities.

“He’s the glue,” said Tilton.  “Without him we’re nowhere near the same team.”

While different members of the supporting cast have stepped up at different times throughout the season for Exeter, a few have been particularly influential during the recent winning streak.

John Squirres has come on strong.  Last night he scored 13 points against Worcester and had 14 rebounds against New Hampton a few days earlier.  Raoul Edou-Oloa has been a spark plug off the bench with his energy and abilities on the defensive end of the floor.  Meanwhile Alex King has been shooting the ball exceptionally well from the perimeter.

With a deep and talented roster that includes big time scorers, outstanding leaders, and 15 players who understand their roles and compete night in and night out, Exeter has exceeded expectations thus far this season.  With five games left before the NEPSAC tournament, including match-ups with three-time defending champions Bridgton Academy and class B powerhouse Cushing Academy, Exeter still has a very challenging road ahead of them.  But if they can continue to play at such a high level and make a little noise in the tournament, they could very well go down as the best team Phillips Exeter Academy has ever had.