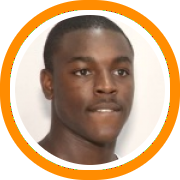 ESPN released updated national rankings in the classes of 2014, 2015, and 2016 last week, and New England continued to be well represented among the nation’s elite.

The ESPN 100, which ranks the top 100 rising senior prospects in the country, includes 6 players from the New England region.

First up is Brewster Academy and Syracuse bound forward Chris McCullough, who checks in at 7th overall and the third best PF in the nation.  Not far behind is Wilbraham & Monson big man Goodluck Okonoboh, who cracked the top 20, at 19 overall, on the same day that he earned a scholarship offer from Duke.  Kimball Union power forward Abdul-Malik Abu checks in at 44th, giving New England a third top 50 prospect in the country.

Tilton guard Terance Mann was another prospect who made his national ranking debut, being named the 41st best prospect in the national class of 2015, on the ESPN 60.

In the class of 2016, Wilbraham & Monson guard Mustapha Heron gives New England a representative among the ESPN 25, coming in as the 12th best prospect, and 4th best shooting guard, in the country.