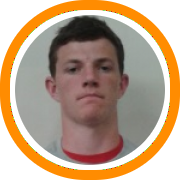 The theme of the 2014 New England Elite 75 Showcase was the battle for scholarships as the New England Recruiting Report put together a group of rising upperclassmen who were all fighting for the attention of the various division II and III college coaches in attendance.

Here’s a look at some of the frontcourt prospects in the rising senior class that showed well:

Joe Schneider, Wilbraham & Monson ’15 – The breakout performer of the 2013 Elite 75, Schneider turned in another strong performance this year.  He asserted himself in the post from the very beginning on Monday, aggressively looking to score while utilizing a variety of different post moves.  Defensively, he protected the rim well while also asserting himself as a go-to rebounder for his squad.

Tyrell Arnum, Salisbury School ’15 – Fresh off his state championship run with East Catholic, the lanky six-foot-five forward is a classic mismatch forward who can score over smaller defenders with his high release and willingness to use the glass or go around less mobile ones with his agility and face-up game.

Trevor Dow, Choate ’15 – A true six-foot-ten big man with even more length, Dow made an instant impact defensively throughout the afternoon’s 5-on-5 games – blocking shots, altering finishes, and finishing possessions on the glass. Offensively, he was composed on the block, able to shoot over either shoulder, and use the glass well when needed.

Patrick Melly, Somers (NY) ’15 – A product of Somers High School in New York, Melly made the trip east and ended up standing out as one of the most polished low post scorers in the field.  He had a super soft touch on his jumper hook and a good understanding of how to work his way into his go-to move.

Andrew Cartwright, Tilton ’15 – The Maine native is headed to Tilton for a post-graduate year, giving the Rams another talented post option.  He’s still got one of the softest touches you’ll find among the big men, and legitimate range out to the three-point line, which at six-foot-seven makes him very intriguing to college coaches.

Eric McCord, Westford Academy ’15 – The six-foot-seven big man provides a physical presence inside the paint, a solid interior defender and rebounder, and deceptively good scorer around the rim.  His productivity didn’t go unnoticed as he was tailed by a variety of coaches from the NESCAC.

James Wells, Rice Memorial ’15 – Wells showcased a variety of scholarship caliber tools being very active on both ends of the floor, showing developing range and consistency on his jump shot, and even making a few nice passes within the flow of the game.

Garrison Duvivier, Brockton ’15 – A long skilled product from Brockton, Duvivier has a high IQ, making the right pass to teammates in both transition and in the half court.  He showed flashes of his own individual offense during competitive breakdown drills and game play alike, getting into the lane and making a variety of tough finishes.

Rich Harrington, Sutton Memorial ’15 – When you’re listed at six-foot-nine with the ability to stretch the defense to the three-point line, you are tailor made for the way the game is being played at the college level right now, and so Sutton is someone who displayed obvious upside and a ton of potential.

Charlie Crockett, Brooks ’15 – Perhaps one of the best kept secrets in New England, that is until now, Crockett showed a variety of scholarship levels tools on Monday.  He carries a powerful six-foot-nine build, good aggression around the rim, and the ability to change the game inside the paint.  Don’t be surprised to start hearing his name a lot more this summer.

Connor ONeil, Tilton ’15 – One of the other major discoveries of the event, the six-foot-seven big man is coming to Tilton from Georgia and bringing plenty of ability with him.  He showed great versatility with a nice post game (including a vintage Kevin McHale up and under move), the ability to stretch defenses with his three-point shooting, a consistent presence on both backboards, and solid post defense.

Ryan Peterson, St. Thomas More ’15 – The Wethersfield graduate followed up on a strong spring on the AAU circuit with another solid showing here to earn his spot in the NERR prospect database.  A highly skilled six-foot-six shot-maker, Peterson will do a post-graduate year at St. Thomas More next season.

Justin Martin, Winslow '15 - He was long and active on the interior, covering ground and keeping balls alive on both ends of the rim.  He found various ways to score from 15 feet and in and was also a factor running the court in transition.  Project him out with 15-20 pounds of added muscle and he should be a solid player.