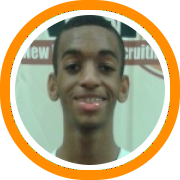 The 2015-2016 high school basketball season has now come and gone in all six New England states and so today we begin to look back at all six of those respective state associations.

Up first is Connecticut, where the CIAC crowned four state champions this weekend at Mohegan Sun in games that were aired live on CPTV Sports.

The grand finale took place on Sunday night as Hillhouse High School (New Haven) met Weaver High School (Hartford) and while the game was characterized by an unprecedented number of fouls, ultimately the Academics came away with a 94-83 overtime win and their 23rd state championship.

On Saturday night, East Catholic High School captured their second state championship in the last three years, jumping on Middletown from the opening tip and fighting off a late rally from the Blue Dragons.

Four different players scored in double figures for East Catholic with Mike McGuirl leading the way with 16 points. Sophomore forward Will Pineo provided a huge spark off the bench with 14 points, on 7-8 shooting, along with 9 rebounds. Down the stretch though it was San Diego commit Mark Carbone (12 points, 4 assists) and freshman sensation Joey Reilly (10 points, 4 steals) who sealed the decision for the Eagles. Middletown was led by 12 points from DeAron Lawrence.

Earlier in the day on Saturday, Sacred Heart wrapped up their undefeated season in CIAC play with a 101-49 win over Notre Dame of Fairfield. The top ranked team in the Connecticut power poll throughout the season, the Hearts won their third straight championship in dominant fashion but did so amidst criticism that they again opted against playing in LL despite a line-up that featured Mustapha Heron, Tyrn Flowers, J.T. Riddick and Charles Fisher in the senior class, not to mention sophomore Raheem Solomon.

Nevertheless, the Hearts finish the season with a record of 23-2 (with their only two losses coming to teams outside of Connecticut) and were head and shoulders above anyone they saw in CIAC play. Mustapha Heron's final two outings were nothing short of sensational as he scored 47 points in a semifinal win over Bloomfield and then scored 26 points in the first half of Saturday's final, before seeing limited time in the second half and finishing with 32 points, 10 rebounds and 4 assists. Heron led five players in double figures for Sacred Heart as Flowers had 9, Courie Stevenson 13, Fisher 12 and Riddick 10.

The run to the sun was the second consecutive trip to the state finals for Notre Dame of Fairfield, a team that fought through adversity late in the year to win the SWC championship prior to their state tournament run. Sophomore forward Noreaga Davis scored a team high 14 in the final while Anthony Mongillo added 12 off the bench. Seniors Jesse McIntosh and Jordan Pettway were also critical to the team's run over the course of the last three weeks.

CPTV Sports has full highlights of the championship game.

In Class S, Immaculate took the state championship with a 53-43 win over an inspired Coginchaug squad. Immaculate held a 9 point lead heading into halftime but Coginchaug cut it to 4 after a strong third quarter. Big plays from Darrius Smith and Darius Hunter, who finished with 21 and 16 respectively, and a key coaching adjustment helped Immaculate pull away just a bit down the stretch of the fourth. Coginchaug was led by 12 points and 6 rebounds from Cameron Powers while Jacob Sapia had 11 and 4.