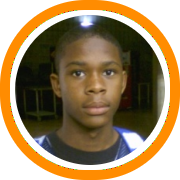 Central Connecticut State University’s Detrick Gymnasium was packed to the rafters as high school basketball fans from around the state traveled to New Britain to witness the first ever Connecticut Hoops Challenge.

The tripleheader featured six of the state’s top teams and was dubbed as having a “grand debut” by the Hartford Courant’s Tom Yantz.

Here is a recap of the action:

The most recent “Holy War” got the event off to an electrifying start as this battle lived up to expectations set by the history of this great rivalry.  Two extremely well coached and talented teams locked up in a battle that wouldn’t be decided until the final second had ticked off the clock.

The game went back and forth the entire way with East Catholic leading 34-30 at the half, Northwest utilizing a strong third quarter to take a 51-48 advantage, and then holding on for the two point victory.

Julian Harris led the way for Northwest Catholic with 22 showing his explosive athleticism around the rim and in the open floor while freshman sensation Kuran Iverson put up 14 points in a supportive role.

The only lopsided contest of the night saw New Britain come out of the locker room with a determined defensive effort in the first half, holding Wilbur Cross to just 17 points in the first 16 minutes.

Although both teams would pick up their offensive output in the second half, the advantage on the scoreboard would only grow for the hometown Hurricanes as they pulled away further in the third quarter.

Steven Glowiak bounced back from an uncharacteristically poor shooting night in Saturday’s game at the Hoophall Classic to connect on five three-pointers and 19 points.  New Haven bound forward Darius Watson matched that number showing his playmaking skills while knocking down two long balls of his own.

Wilbur Cross was led by their junior tandem of Gerald McClease and Alex Conaway who finished with 15 and 11 respectively.

In a match-up that featured two of the favorites in Class LL, East Hartford would score an upset over the state’s top ranked team from Hillhouse High School.  The game was played at a hectic pace throughout virtually all 32 minutes of action as both teams looked to attack off the dribble and make plays in the open floor.

This was a match-up not only of two of the state’s top teams, but also two of the state’s top point guards in juniors Freddie Wilson and Anthony Jernigan.  While both players finished with team highs of 19 points and made big plays down the stretch it was Jernigan who made the more decisive fourth quarter plays showing his always brilliant handle and quickness to get into the lane along with some acrobatic finishes at the rim.

Jakarri McCallop scored 18 points and grabbed 17 rebounds and had two huge offensive put-backs coming off the free-throw line in the final moments of the game.  Alex Cruz added 14 points for East Hartford.