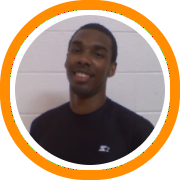 Today marks the beginning of a ten day period where we will update rankings in all classes and states within New England.

We will begin that process in the class of 2010 and first up is the state of Connecticut where J.J. Moore, a post-graduate at the South Kent School is the new top ranked player in the state.  The Pittsburgh commit is a freakish athlete with a rapidly evolving skill set that now allows him to bury threes and mid-range pull-ups with the same regularity that he plays above the rim.  Combine that with NBA size at his position (six-foot-six swingman) and you have the top overall prospect.

The previous number one Jason Morris checks in at number two, but his drop is more a testament to Moore’s ability than it is a knock on Morris.  Fresh off his commitment to Georgia Tech, Morris is playing the best basketball of his career right now. Perhaps the single best athlete in all of New England, Morris is a highlight reel waiting to happen who has gradually begun to establish the other aspects of his game as well.  The Georgia native has been much more consistent creating his own shot off the bounce, is a noted post-up threat, and a very good passer.

St. Thomas More’s Bryon Allen sits at number three.  Allen, currently a senior for the Chancellors, is a transfer from one of the countries most recognized high schools in Oak Hill Academy where he previously committed to West Virginia.  With his recruitment now wide open, Allen’s play has been the spark plug behind St. Thomas More’s undefeated start to the prep school season.

South Kent’s Russell Smith is the state’s fourth ranked player while E.O. Smith’s Tyler Olander rounds out the top five as the highest rated player in the CIAC.  The six-foot-nine lefty recently returned to the class of 2010 after transferring back to his local high school from Worcester Academy.

The player generating the biggest boost to start the season is former Holy Cross guard Taquan Zimmerman, who is currently in his post-graduate season at Putnam Science Academy.  “Tootie” moved up close to 20 spots after a tremendous fall and beginning to his season at PSA.

In total the top 50 prospects in Connecticut’s class of 2010 were ranked.  To view the rankings in their entirety click here.