Cosby to Play in Derby Classic 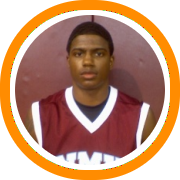 Cosby will return to his hometown of Louisville, Kentucky for this weekend's festivities where he previously starred for Manual and Jefferstown High Schools before arriving at NMH.

Cosby averaged 22 points and 4 assists per game this year at NMH, earning first team all New England honors in the process.

He will be joined by two other New England prep products in Angel Nunez and Braeden Anderson, who were also selected to the game, in addition to the likes of Le'Bryan Nash, DeAndre Daniels, Deuce Bello, Chane Behanan, LaQuinton Ross, and Cody Zeller.