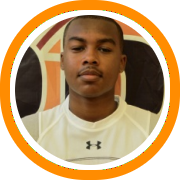 Mike Yagmin's fourth installment of the Connecticut Week in Review looks back on the week that was in the CIAC:

-Only seven teams remain undefeated in the state a little bit past the midpoint of the 2011-12 high school season. Hartford Public (13-0), Hillhouse (13-0) and St. Joseph (11-0) are setting the pace in LL, while Career (12-1) leads the way in L with their only loss of the season coming to Hillhouse. Enfield (13-0) and Waterford (12-0) claim the top two spots in M but the division looks wide open come tournament time. In Class S, Immaculate and Kolbe Cathedral each remain perfect at 13-0 and will battle with Capital Prep (13-2) and Classical (11-2) in March.

-Capital Prep's Levy Gillespie Jr. continues to be CT's best triple double threat so far this season. Gillespie recorded his fourth triple-double of the season against Grasso Tech, going off for 21 points, 14 assists and 12 rebounds. With opposing defenses keeping a constant eye on junior combo guard Kahlil Dukes, Gillespie has put together a nice sophomore season. He also had six steals in the win against Grasso.

-Stratford (7-6) has struggled a little bit after the loss of Tafari Whittingham and Tommy Bajda from last year's squad but it hasn't been because of junior guard Bernard Brantley, that's for sure. Brantley posted his own triple-double in a 68-60 win over New Milford early last week. He finished with 14 points, dished out 10 assists and snatched 10 rebounds while leading his team to victory.

-Fairfield Prep (11-2) almost got a triple-double from stud combo guard Terry Tarpey this past Friday as well. Tarpey had 25 points, 10 boards and 8 assists against a tough Xavier squad who has rebounded from a brutal start to get back to a decent 5-8 record. Prep needed every bit of Tarpey's output in the 67-65 victory but it was teammate Thomas Nolan who hit a three with 14 seconds left to win the game.

-Suffield (7-6) doesn't have the best record in the NCCC but they definitely have one of the best pure scorers in the league. Eddie Danek proved that while exploding for 18 points in the 4th quarter against a Bolton team that tried to slow the pace down against his squad, but lost 62-44 after being outscored 30-9 in the final quarter. Danek scored 35 points overall and has been one of the most dangerous weapons in the state this season.

-Speaking of scoring outbursts, Weaver's Shaquille Rickets hit four 3-pointers and had 19 points in the fourth quarter on his way to a career-high 46 points in an 89-76 victory over Cane Broome and East Hartford (8-6) on Thursday night. Broome led the way with 21 points for the Hornets but it wasn't enough, as Rickets provided Weaver (3-11) with a rare highlight for the season.

-Northwest Catholic's 6'9" junior, Kuran Iverson, scored his 1,000th career point against New Britain (6-6) on Friday. Iverson paced the Indians (11-1) with 26 points in the 76-67 victory but it was senior Zach Lewis who was his usual consistent self, scoring an efficient 15 points while shooting 7-12 from the field. Lewis is finally starting to garner the attention he deserves as a bevy of head coaches were in the building to watch his this past week with Hofstra, Hartford, Northeastern, Vermont, Sacred Heart and Fairfield now in the mix for Lewis’ services next season.

-Notre Dame-Fairfield guard Danny Upchurch exploded for 25 points in a 56-43 win over Masuk last week. Upchurch has made the adjustment to running the point on a full time basis while still being able to balance his individual offense.  The team will now be in his capable hands as he scored 15 points from the free-throw line against Masuk.  Notre Dame Fairfield is currently 9-4 on the year.

-One of the most prestigious universities in the world has a distinct CT flavor when it comes to their basketball program. The Yale Bulldogs have a 13-5 record thanks in large part to 6'10 center Greg Mangano who is averaging 19 points and 10 rebounds on the season. The Notre Dame-West Haven grad was part of USA Basketball over the summer and has seen his NBA Draft stock rise considerably since the start of last season. Cromwell's Isaiah Salafia and Bridgeport's Brandon Sherrod have also been key contributors to the Bulldogs this season.