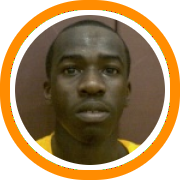 After winning last year’s Division I Connecticut State Championship in dominating fashion New Haven’s Hillhouse High School enters the season as the odds on favorite to repeat. Even after loosing several key players to graduation including their backcourt of Chazz McCarter, Greg Jones, and Dearie Allick, Hillhouse has reloaded with a squad that is extremely talented and athletic. It all starts with one of the CIAC’s best players in Mike Moore, a versatile 6’5 guard who has already received numerous scholarship offers after his very impressive summer with Connecticut Basketball Club. But the Hillhouse attack is balanced with players including 6’3 senior Kwamaine McCarter, 6’5 senior forward Chris Cagle, 6’2 senior guard Chris Murrell, 6’4 junior guard Tywan Samuels, 6’6 junior forward TJ McKiver, and 6’7 sophomore forward Hassan Toler all contributing.

East Hartford comes into this season trying to rebound from the loss of Doug Wiggins who is now a freshman at the University of Connecticut. Consequently, some people may expect this to be a rebuilding year for Coach Anthony Menard’s team. But with a group of tough and disciplined seniors providing leadership and some talented younger players East Hartford will once again be a force to be reckoned with in the CCC. 5’10 point guard Robert Bentil, 5’9 point guard Andrew Williams, 6’3 wing Dustin Trail, 5’10 guard Piere Simpson, 6’2 wing Ed Adu-Gyamfi, and 5’10 guard Tailor Riggs should all be capable of continuing their career at the college level next year. 6’1 junior Justin Franklin, a transfer from Pennsylvania, is a strong and athletic guard who has a chance to be a division I player down the road. A freshmen class with a ton of potential includes 6’5 forward Jakkari McCallup, 6’5 forward Trivon Dukes, 6’2 guard Jevon Williams, and 6’4 guard Tim Washington.

Coming into Tuesday night’s action Hillhouse and East Hartford were the only remaining unbeaten teams with records of 5-0. Hillhouse jumped out to an early lead creating turnovers with their full court pressure that led to easy baskets. They were able to maintain that lead throughout most of the first half. In the second half, East Hartford was able to settle down and spread the floor in order to better counter the Academics pressure. With their transition game now stalling Hillhouse looked to Mike Moore to generate the majority of their offense. Although Moore didn’t shoot the ball as well as he normally does, he did demonstrate the playmaking ability to pull Hillhouse through the Hornet’s run. With Moore able to convert on the offensive end the Academics had the opportunity to once again set up their full court defensive pressure that led to a few easy baskets around the five minute mark. Hillhouse went on to win the game showing why they are once again the team to beat in Connecticut. But by staying with the Academics, East Hartford showed they are definitely still one of the contenders in the CCC and will no doubt continue to improve as the season goes on.

In other news in the Fall League: Doran Mitchell a 6’0 guard from Berlin High School is running away with the league’s scoring title averaging 25 points a game. Tyrone Gardner, a 6’0 sophomore guard from Weaver High School, is a distant second averaging 19.8 point per game. Wethersfield newcomer Vic Anderson is third with 15.6 while the Windsor tandem of Adrian Satchell and Mike Cuttino round out the top 5 with 14.7 and 14.2 respectively. Standings as of Tuesday were Hillhouse and East Hartford on top followed by Springfield Cathedral (4-1), Berlin (2-1), Weaver (3-2), Wethersfield (2-3), Windsor (2-3), New Britain (2-3), Newington (2-3), Southington (1-4), Wilby (0-3), and Hyde (0-5). The Fall League has three regular season dates left on Wednesday November 1st, Wednesday November 8th, and Tuesday November 14th before the playoffs start.