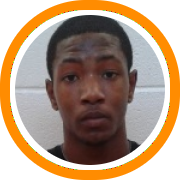 There’s no denying that Paschal Chukwu is the top ranked senior in the state of Connecticut this season.  The Providence bound seven-footer is a consensus top 100 player in the country and rapidly rising up those lists at that.  He’s made notable strides to his game in the last six months and is now evolving at a rapid rate on both ends of the floor.

Salisbury forward Samuel Dingba retains the second spot on the list.  Pound for pound, he’s likely the best defensive player in New England, complete with a phenomenal motor and ability to clean the glass.  Add in his improving offense and he’s going to make one college coach very happy.

South Kent swingman Zach Brown is currently third, but based on the reports coming out of the Midwest, he’s a guy who might end up landing on even higher ground.  He looked poised to be a potential high-major this spring, before pledging to Wichita State prior to July.

Yale bound point guard Makai Mason checks in at fourth.  After making an early commitment and again choosing to sit out the AAU campaign, Mason is still flying under some radars, but he’s a highly talented playmaker with the physical tools to have an outstanding career in the Ivy League.

Kenny Grant, a physical enforcer in the middle for the Hyde School, rounds out our top five.  Grant is already off the board to Rider, but pulled in attention as high as the Atlantic 10 Conference while roaming the middle for the Under Armour sponsored Sports U program from New Jersey.

6th ranked Dusan Perovic is set to return to South Kent this year, where he’ll have plenty of coaches ready to check on his progress, while 7th ranked Putnam Science Academy big man Chaise Daniels was among the biggest stock-risers of the recent AAU season.

#9 Eric Long, #10 Isaac Vann, and #15 Obi Momah were all guys who scored multiple new division I offers this weekend.  13th ranked Bobby Ahearn was another guy who helped himself this summer and wasted no time in accepting an offer from Binghamton.

#11 Kahari Beaufort is a prospect with undeniable talent and definite potential to climb up this list in his senior season while #12 Jordan Butler is another post-graduate big man heading to Putnam Science.

Click here to see the Connecticut 2014 rankings in their entirety

Editor’s Note – These post-summer rankings do not include prospects who have not previously played within the region i.e. incoming post-graduates or first year prep school players.