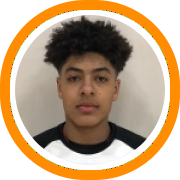 It has been almost a month since our last commitment catch-up and since that time we’ve continued to see a number of local prospects come off the board, albeit still at a slower rate than normal as colleges and universities are first assessing the amount of their current players who plan to utilize their extra year of eligibility while simultaneously also exploring the transfer market.

As always, commitment announcements can be found in real-time on our social media platforms (@NERRhoops on both Twitter and Instagram).

Here’s a rundown of what we’ve announced on those platforms in the last four weeks:

• Most recently, Marianapolis Prep and Connecticut Elite wing Kualim Johnson announced his commitment to Trinity College. Johnson is a late-bloomer who we profiled earlier this fall as part of our NERR-TV Unsigned Senior Showcase. He’s made significant strides in his game in the last twelve months and still might only be scratching the surface of his potential. It would be no surprise to see him blossom into an impact player in the NESCAC down the road.

• Lawrence Academy and Mass Elite guard Brandon Wiercinski announced his commitment to Dickinson earlier this week. A coach’s son and big guard who is most dangerous from behind the three-point line, Wiercinski plays the game with a chip on his shoulder and has been a big part of why the Lawrence Academy program has able to re-emerge in recent years. He should be capable of making an immediate contribution at Dickinson.

• St. George’s guard Makai Murray announced his commitment to Tufts last week. Murray is a veteran of the SGS program but had taken his game to new levels since last year and would have been poised for a big senior season in a more typical year. He’s a true point guard who is shifty off the bounce, able to run the team, and an improved shooter from long-range. He was also the quarterback of the school’s football team and the senior class president and brings those same leadership tools with him to the hardwood.

• Northfield Mount Hermon post-graduate Ezra Moos announced his commitment to the University of Chicago shortly after the new year. Moos is a skilled perimeter forward with academic qualifications at the very highest level. He’s a hard-worker and smart player who makes open shots and understands how to play within offensive structure. The Toronto native becomes the 7th member of NMH’s 2021 class to commit to a college basketball program.

• Woodstock Academy post-grad Johan Nziemi committed to the College of Staten Island, becoming the 5th member of Woodstock’s 2021 class to commit to a scholarship level school. His commitment brings him back home to New York City. Nziemi is 6-foot-6 with long arms and the ability to play inside or put the ball on the floor. He’s also a high-volume rebounder.

• Winchendon School post-graduate Holt Bashinsky committed to NYU. The Birmingham, Alabama native is a 6-foot-6 wing who had scholarship offers before committing to the UAA school. In addition to his tremendous positional size, Bashinsky is also highly skilled wing and excellent shooter with a high basketball IQ.

• Weymouth High School and Mass Commanders’ Jake Gomez announced his commitment to Suffolk just before the holiday. A big, 6-foot-5, wing, Gomez is a swiss-army knife type player who can both play and defend a variety of positions. He’s become more fluid and athletic and is crafty enough to find ways to score without needing to dominate the ball offensively.

• Lucas McEachern became the third Phillips Exeter Academy product to commit to Claremont McKenna in the last five years. The 6-foot-7 forward, who also starred with the Middlesex Magic, is a native of France who landed an early D1 offer shortly after arriving in the US. In addition to his size, he’s skilled facing the basket with good touch, feel, and a mobile frame.

• Northfield Mount Hermon post-grad Evan Portnoi announced his commitment to Cal Tech in the days prior to Christmas. The New Jersey native is another outstanding student who has proven his ability to hold his own with high level basketball players since arriving at NMH. The 6-foot-5 forward makes spot-up shots from behind the arc, has a good left hand, and should be able to make steady contributions at the next level.

• NMH big man Kekoa McArdle is headed to the UAA following his commitment to Rochester. McArdle is a true big man who has a rare combination of being extremely physical and rugged inside but equally smart and a very talented passer. That combination should make him an ideal fit at Rochester, a program with an extremely proud basketball tradition. McArdle is a four-year letter-winner at NMH.

• Taunton and Rise Above big man Tyler Stewart announced his commitment to Wentworth Institute of Technology and there’s no denying he should be an impact player at that level. Stewart is a physical presence inside and a major problem in the post with his ability to overpower opposing defenders and operate with his back to the basket. He’s had a decorated career thus far at Taunton and projects as an immediate impact player at the next level.