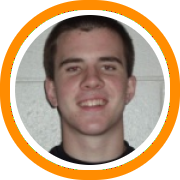 A wise coach once said, “Anytime you can get practice winning a tournament, that’s a good thing”.

And that is exactly what Boston College High School did by coming out on top of the four team field last weekend on their home floor. With the two victories BC HS went to 18-0 on the season and having since defeated Woburn and Cambridge R & L they have concluded a perfect regular season at 20-0. BC HS will return to the court for post-season action on March 3rd when the state championship tournament begins.

This team has virtually everything you could ask for including a superstar receiving recruiting attention at the highest levels of college basketball, a senior point-guard who provides energy and leadership, a very talented wing player who has sacrificed some of his scoring for the good of the team while simultaneously becoming the team’s defensive stopper, a senior big man who anchors the interior, and a depth that is rarely seen in high school basketball.

Jake O’Brien a 6’8 power forward who has seen his recruiting status elevate this season as Big East programs including Providence and Marquette have been in to evaluate his play thanks to his improved body and more assertive nature during games. 5’7 senior point-guard Chris Hurley (pictured above) is a senior spark plug who brings a great amount of energy to the game on both ends of the floor and is almost impossible to keep out of the lane on the offensive end. 6’5 junior swingman Tim McKinney is an extremely skilled player who would be a superstar at virtually any other school but instead embraces his role as a defensive stopper. 6’8 senior center Andrew Yanulis has shown an ability to both score and block shots on the interior while 6’5 senior swingman Nick Scheimann has been an extremely consistent fifth starter for Coach Bill Loughnane. The bench is led by 6’6 junior post man Ryan Sharry and sharp-shooting senior guard Nick McLaughlin.

All 7 players are likely future college players with O’Brien and McKinney likely headed to the DI level in two years, Hurley receiving loads of DIII offers and a good deal of interest from DII programs including Assumption College, Scheimann likely headed to one of the best DIII conferences in the country in the NESCAC, Yanulis on his way to prep powerhouse Northfield Mount Hermon for a post-graduate season, and Sharry and McLaughlin both being capable of helping DIII programs in the future.

On Sunday, defense was the name of the game as BC High shut down Newton North en route to a 54-38 victory in the Comcast Tournament championship game.

The effort was led on the stat sheet by Yanulis, a constant presence on the boards who had seven blocked shots and scored 11 points, but he was hardly alone.  Led by McKinney, the Eagles shut down Newton North's leading scorer, senior forward Brandon Stephens, as he led the Tigers with just seven points.  In the first half, the Tigers scored just nine points as they trailed 24-9 at intermission.

BC High continued to pull away in the second half behind the combined efforts of Yanulis, Hurley (game-high 12 points), Mckinney, and the continuously improving O'Brien.  They would lead by as many as 18 in the final minutes.

Phil Kasiecki contributed to this story. Phil is the managing editor for hoopville.com. To read more of Phil’s stories about both high school and college basketball please visit www.hoopville.com.