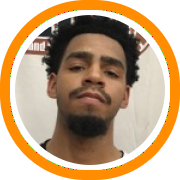 The first day of the fall recruiting period brought a typically high number of college coaches to New England and it got off to an early start with both Vermont Academy and St. Andrew's holding morning workouts before the school day.

With unsigned 2017 products Christian David, Marcus Santos Silva and Jordan Nwora all heading into the final stages of their recruitment, head coaches from Pittsburgh, Northwestern, Butler, Marquette and Creighton were lined up from the trio. Simi Shittu drew the head coach from the University of Washington while Long Beach State and Colby were represented by head coaches as well. UConn, Oklahoma State, California, Georgia Tech, VCU, Siena, Bradley, Brown, Le Moyne and Babson had assistants on hand.

St. Andrew's junior forward Cole Swider had coaches from Providence, Rhode Island, Boston College and UMass all at St. Andrew's before the sun came up while he added an offer from Seton Hall in his team's second workout of the day.

UConn head coach Kevin Ollie was at Putnam Science early in the day on Friday for Hamidou Diallo while Kentucky and Indiana were in for the night workout along with Seton Hall, Rutgers, Iona, LIU, Southern Connecticut, Post and others. Eric Ayala walked away with a new offer from Rutgers while Akok Akok and Tanahj Pettway landed offers from Iona.

At Cushing Academy, Wabissa Bede met with UMass on Friday morning and LaSalle later in the day.

At New Hampton School, Anthony Gaines met with head coaches from Northwestern, Butler and Dayton while Kimani Lawrence met with the head coach from Pittsburgh.