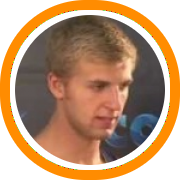 Neubauer is a six-foot-seven forward who came to Choate from his home country in Germany where he was a product of their junior national team.

He saw other recruitment and scholarship offers from programs in the America East Conference and Patriot League before visiting San Diego’s campus in February.  His commitment came only a few weeks later.

San Diego competes in the highly competitive West Coast Conference along with other programs like Gonzaga, St. Mary’s, and BYU among others.

Neubauer was recently named first team All New England in Class A after helping to lead Choate to an 18-3 overall record.

He is a skilled and versatile perimeter forward with a good feel for the game who will likely see the majority of his minutes as a face-up four-man at the next level where his ability to handle and pass the ball should prove to be assets.

Here are some of Neubauer’s highlights prior to arriving at Choate: