Canterbury Duo Comes off the Board 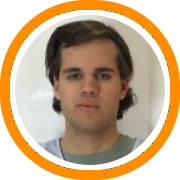 The Canterbury School announced a pair of commitments in their 2017 class this weekend as post-graduate forward Opong Bramble pledged to New York Institute of Technology and Keith Rado Jr. to Franklin and Marshall.

Rado, the son and namesake of Canterbury head coach Keith Rado, has been a four-year starter and major contributor to the program's success over the last four years. He was a critical part of the program's NEPSAC Class B championship as a sophomore but has unfortunately been drastically limited by injury as a senior. When healthy, Rado is a big lead guard with a natural playmaking instinct and a definite flair to his game.

"Franklin & Marshall is one of the top academic schools [in the region] with a great basketball tradition," Rado Sr. said. "He will fit in perfectly with Coach Robinson's system and have a very successful college career."

Bramble, who graduated from the MacDuffie School last year before opting for a post-grad year at Canterbury, is headed to the division II level where NYIT competes in the East Coast Conference. A powerful and athletic player, he attacks the rim hard, Bramble has consistently worked to extend his game away from the basket.

"Opong is the most mature player I have ever coached," Rado Sr. said. "His approach and preparation for school and basketball is impressive. His jump shot and ball-handling have improved tremendously. He has a college ready body and will be a contributor to the NYIT program in more ways than one. I am glad he is near by so we can attend his games and follow his college career."

Rado and Bramble are captains for a team that has now won three of its last four and figures to again be one of the top contenders in Class C.