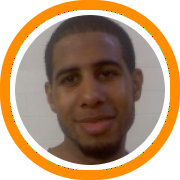 South Kent School’s basketball season has been nothing but a tremendous success.  They just wrapped up the regular season and are poised to begin Wednesday’s NEPSAC tournament as the favorite and top seed in class A.  They’ve also qualified for next week’s National Prep Championship for the first time in school history.

While South Kent’s success has roots in their depth and balance, perhaps no player has been more important to first year head coach Kelvin Jefferson than Mike Burwell.  The 6’6” swingman arrived at South Kent this fall with the reputation of a shooter, but over the course of the season he has proven himself to be more than that – he’s a pure scorer who has led the Cardinals in that category throughout the season.

His shot making prowess remains his biggest offensive weapon as Burwell can stroke the ball well beyond the college arc, but he has also been productive scoring in transition and showing a nice mid-range game as well.

“Mike is a scorer and will be able to score at any level,” Jefferson told USFNation.com, who first broke the story of Burwell’s commitment.

A few weeks back in the much anticipated South Kent/Tilton match-up at the National Prep School Invitational, Burwell was arguably the best player on the floor as the Cardinals blew out the Rams 82-54.

In the stands watching was South Florida head coach Stan Heath.  A few weeks earlier assistant coach Byron Samuels saw South Kent play Worcester Academy.  The Bulls had been monitoring Burwell’s progress dating back to his time at Cardinal McCormick High School in New Jersey, but had their interest peaked as of late while looking for another scorer to add to this year’s class.

After watching Burwell show his full offensive arsenal in the midst of a 22 point performance against Tilton, Heath new he had found the man he was looking for.  Shortly afterward the USF head coach offered Burwell a scholarship.

Following the offer, Burwell made arrangements to visit the Tampa campus.

“I was already high on the program, and knew it was a good situation because they needed another scorer,” Burwell told USFNation.  “The visit went great…and really helped to put a stamp on it.”

Now, with the recruiting process behind him, Burwell can focus solely on the business of leading South Kent to their first ever NEPSAC championship and possibly even a national title.