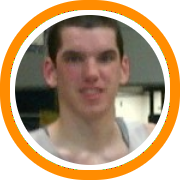 Lyons has averaged over 15 points per game in each of the last two seasons for the Burlington Red Devils, serving as a major catalyst to MIAA Tournament appearances over the past two seasons. Mickey plays for his father, Tom Lyons, at Burlington HS, alongside Shane Farley and Christian Morneweck from the Boston Warriors AAU program – Farley recently committing to WPI.

Lyons is a versatile 6’4” swingman, with outstanding scoring potential, who may be best known for his three-point prowess after being recognized by the Daily Times Chronicle as one of the top shooters in the Middlesex League.

“Mickey’s a great kid who now joins a great program with a great coach in Jeff Lindgren,” Mass Elite head coach and program director Eric Polli said.  “Mickey has worked since he was 10 years old to be the best player possible and now all of his hard work paid off. He should be very proud of all he has accomplished.”

Lyons heard from a number of local division III programs following a strong showing at the Hoop Mountain Fall Classic as well as all-tournament honors at the BST Northeast Exposure Showcase.