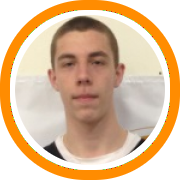 The New England Recruiting Report was at the Sportszone Athletic Complex in Derry, New Hampshire on Saturday afternoon to watch the final scrimmage of the day at the BST Northeast Exposure Showcase.

The showcase gave us a look at New England’s northern most prep program, Lee Academy, taking on some of the top performers from a series of earlier scrimmages including top prospects from Maine, New Hampshire, Vermont, and Massachusetts.

Jacquil Taylor, Beaver Country Day (MA) – His long hours in the weight room have obviously paid off as Taylor is boasting a significantly stronger physique than the one we saw last year.  He’s still getting his rhythm back after his long lay-off but is moving well and presumably poised for a big senior season.

Nicholas Mayo, Messalonskee (ME) – After making a name for himself at this fall’s Elite 75, Mayo looked just as good in this setting, combining his strong body and versatile floor game to be a scoring threat both inside and out

Andrew Cartwright, Nokomis (ME) – Another big man from the state of Maine capable of stretching the defense, Cartwright was a consistent threat at the three-point line while also owning the size to be a factor inside of the paint.

Jourdain Bell, Bishop Brady (NH) –Bell looked like an under the radar prospect who could end up making a big name for himself during the upcoming AAU season.  He’s strong, athletic, and able to make plays that translate to the next level.

Javon Taylor, Beaver Country Day (MA) – The latest Taylor brother could ultimately be the best and on Saturday, Taylor was attacking at will off the dribble and a constant threat to make plays for both himself and others.

Dusan Majstorovic, Lee Academy (ME) – The six-foot-five swingman was still nursing a hand injury but had no problems making his presence felt, emerging as both one of Lee’s best three-point options and top overall athletes.

Petar Kutlesic, Lee Academy (ME) – A Serbian native in his first season at Lee Academy, Kutlesic will be one of the Pandas’ top weapons on their frontline this season both with his ability to step out and make shots as well as with his passing ability.

Jorge Rosa, Lee Academy (ME) – The sturdy built swingman made a good first impression, both converting on the majority of his looks behind the three-point arc but also impressing with a high basketball I.Q. to make different reads within the flow of Lee’s offense.

The BST Showcase will continue on Sunday with games beginning at 10am and Lee Academy taking the floor again at 4pm.