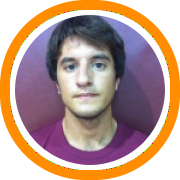 Brimmer & May is one of the early favorite to take the NEPSAC Class “D” title this year. Coach Greg Kristof’s offense will depend a lot on the progress of sophomore phenom Kyle Casey. The 6’5” “do-it-all” wingman is extremely athletic and can defend all five positions on the floor. He has tremendous ability to get to the rim, hit the mid-range jumper, and knock down three-pointer.  Casey has already peaked the interest of several division I programs including Clemson, Duquesne, Davidson, UMASS, UPENN, SMU and Yale.

Freshman combo guard Joe Sharkey should also be a force on the Brimmer and May squad. Last year, Sharkey lead the team in assists, averaging 5.5 per game.  One of the better all around athletes on the team, the 6’2” Sharkey has great slashing ability and is a good on the ball defender.  Sharkey knocks down shots from the perimeter, moves well without the ball, has a great mid-range game, and tremendous passing skills.

Running the point for Brimmer is 5’11” junior Kyle Bond.  Bond has great court vision and seems to always make the right pass. He does an excellent job controlling the tempo while also finding the right time to create his own shot. Kyle will most likely be a NESCAC level player. He has excellent grades and an outstanding Basketball I.Q.

Sharpshooting freshman guard Derek Retos has range from just about anywhere on the court. He averaged 13 points per game as a Freshman and shot over 50% from behind the arc.  His three-point shooting ability should open up the middle of the court for the Gators.  While slightly undersized, Derek has the ability to become one of the more prolific scorers in Class D.

Rounding out the starting five is post player Brendan Rollins.  He is deceptively quick and has good post moves around the basket.  Brendan is not afraid to mix it up on the glass and has the ability to hit the open three on a consistent basis.

Brimmer and May should get solid play from Eric Kelliher and Patrick Pierre Victor.  Kelleher has decent range and both are good, athletic defenders.

Despite their youth and lack of depth, Brimmer and May will provide match up nightmares for their opponents with their four guard offense as well as the play of potential superstar Kyle Casey. Greg Kristof has begun to establish a solid basketball program at Brimmer and May and should be on of the top contenders for the NEPSAC Class “D” title for years to come.

Brimmer and May’s biggest competition should come from St. Luke’s School in New Canaan. St. Luke’s may have the league’s most talented player in 6’9 forward Devin Hill who has already received scholarship offers from Seton Hall, George Mason, Fairfield, and Bradley according to scout.com. Hill who starred for a New York Gauchos team that was arguably the best 16 and under team in the country last year is a long and athletic player who is a terrific shot-blocker and an emerging force on the offensive end.

Hill will be joined by fellow juniors 6’5 forward Kabeya Kabongo and 6’2 point guard Zach Dugas as potential division I players on the squad. Kabongo is another very athletic forward who is a terrific run and jumper defender and very efficient when slashing to the basket. Dugas is a point guard with good size and skill who had a breakout performance this Fall at the IS8 tournament in New York. He is a versatile offensive player who can break defenders down off the dribble, finish inside the lane, and knock down the three-point shot.