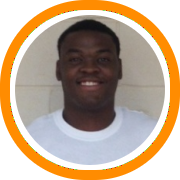 In the first semifinal match-up of the day, Northfield Mount Hermon and Notre Dame Prep locked horns in what was a tight contest throughout.  The 1st Half saw the teams see-saw back and forth before the contest went into the break locked up at 30.  Leading the way in the first-half for NMH was Zena Edosomwan, who had a dozen points while consistently sweeping the glass.  On the other side, ND Prep was led in by 9 points from Jamel Artis and 11 from Aaron Parks.

The second half saw more of the same, as the teams went back and forth with mini-rallies for the majority until Northfield was able to cultivate a modest lead heading into the final-stretch; however, Notre Dame rallied furiously late to make it a a country store barn-burner heading into the final minute.  In the end, Notre Dame had the basketball down 3 with 3.7 seconds left, and after a long baseball pass which Roger Moute Bidias caught in mid-air and flipped, Jaylen Brantley got a great look to tie it at the buzzer.  As fate would have it, J-Brant's shot was right on target and went halfway down before the ball popped out to give Northfield Mount Hermon a 63-60 win to advance to on to the Championship Game.

Leading the way for the victors was Dallier, the floor-leader again for NMH who finished with 19 points while Zena registered 14 and Pete Miller and Sam Donahue each dropped in 10.  For ND Prep, scoring guard Parks led the way with 20, Artis finished with 15, and both Jarvis Garrett and Brantley got into double-figures with 10

In the much anticipated rematch of this past Sunday's NEPSAC AAA Championship, Brewster Academy went up against St Thomas More in the 2nd semifinal of the day.  Brewster meant business from the get-go as Kyle Washington's hot-start sparked Brewster out to an 18-4 lead which ended up translating into a 39-20 lead heading to the break.  (Washington had 15 points in the first half)  The second frame saw St Thomas More come out of the gates hard, steadily churning away at the deficit to eventually cut the lead to single digits with 7 minutes to play.  From there though, Brewster reignited the fire and broke the game back into a a lopsided affair to win by a final score of 74-54 and advance on to the final where they'll face Northfield Mount Hermon in a rematch of the NEPSAC AAA Semifinals last Friday, which Brewster won by a narrow margin.

In addition to getting a big game from Washington (who finished with 17), it was the play of Elijah Macon and Martez Harrison who really provided the spark which made Brewster virtually unapproachable against a squad who took them to overtime just 3 days ago.  In addition to being a dominant force on the glass, Macon finished with 21 points mainly on an extended-series of two-hand power slams that continuously raised the eyebrows of everyone in the gym.  Harrison played a terrific all-around game from the point, finishing with 13 points, double-digit assists, some steals and also a bunch of rebounds.  On the other side of the dance hall, St Thomas More was led by 12 points from Duane Notice and 10 apiece from Gabe Levin and Marquis Moore.

If Brewster is able to pull out a win tonight, they will have finished the season with 20 straight wins and both a NEPSAC AAA Championship and a National Prep Championship, which would be their second in a row.  Stay tuned for more tonight...