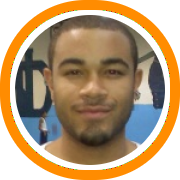 The list of the best available players in the class of 2010 continues to get smaller as Ashton Khan, a six-foot-one combo-guard who spent the year at Brewster Academy in New Hampshire, made a commitment to Canisius College on Monday.

Khan made headlines in the finals of the NEPSAC Class A tournament when he scored seven points in the final two minutes to serve as an unlikely hero in Brewster’s run to their second title in the last three years.

Just days after claiming the Class A title Brewster went on to capture their first ever National Prep Championship.

Khan is a combo-guard with a scorer’s mindset who should be able to contend for playing time at both backcourt positions for Canisius head coach Tom Parrotta.  He has consistent three-point range with his feet set, scores going to the basket, and has a tremendously well developed left hand when finishing around the rim.

A native of Ontario, Canada, Khan starred with Team Takeover Canada on the AAU circuit, the same program that produced a variety of other local prep products including Mo Walker, Grandy Glaze, and several others.