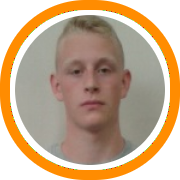 With an impressive number of college coaches in attendance Wednesday night at Brandeis University in Waltham, Massachusetts, members of both the Boston Warriors and Mass Elite programs had the opportunity to showcase their talents through a variety of drills, stations and games. After a series of shooting, transition and one on one drills, Program Director Mark Papas split up the prospects into teams for some five-on-five scrimmaging.

Here are number of players that impressed college coaches as well as other spectators in attendance:

Andreas Kontopidis - Dover-Sherborn (2015) - The 6’5” guard had a breakout evening as his versatility was on full display.  He showed the ability to step outside and take defenders off the bounce, making him a matchup nightmare for post players trying to guard him. Defensively, he has enough athleticism to guard smaller, quicker players. He also shot the ball well during the drills.

Charlie Crockett - Brooks School (2015) - Crockett continued his improved play and looked like the best post prospect throughout. At 6’9”, he already has a strong, solid frame that allows him to establish position on the block. He rebounded well on both ends and finished well around the rim.

Eric McCord - Westford Academy (2015) - The Boston Warriors forward was one more physically dominating post-players Wednesday night. He was relentless on the offensive boards. Also showed good post-defense, where he used his strong frame to force his man out of position.

Brian Mukasa - Sharon High (2014) - The lefty floor leader had the most mature game out of all the point guards. Mukasa, who will be post-grading at St. Andrews next year, showed off his point guard skills by looking to get everyone involved. He hit a number of jumpers from 15 feet out to the three point line.

Kyle Doucette - Lynn Classical (2015) - Out of all the frontcourt prospects, Doucette probably has the most upside. He is a very long and athletic forward at 6’7”, but does have some filling out to do. He finished well in the paint and blocked a number of shots on the defensive end.

Mike Hagopian - Watertown High (2015) - The Mass Elite lead guard had a solid night shooting the ball, both in drills and scrimmages. He also showed improved decision making by choosing to make the right play instead of trying to make flashy play.

Colby Andrews - Melrose High School (2015) - Andrews was one the hardest working players on both ends. He has a solid midrange jumper and is able to score against taller players because of his athleticism and long arms.

Hasten Kearse - Lincoln-Sudbury Regional High School (2015) - Although he was a bit inconsistent, Kearse did show flashes of becoming a force on both ends. Displayed good vision and shot well from mid-range.

Connor MacIsaac - Maiden Catholic (2015) - The 6’6” forward doesn’t do one thing great, but he can do almost anything that is asked of him besides playing point. He’s a good passer for a player his size and can also drag opposing post players out of the paint because of his ability to hit shots from outside.

Brendan Bouthillette - Billerica High School (2015) - A strong point guard that was dangerous in the open court throughout the scrimmages. Showed a good feel for the game with ball in his hands and was able to get to the basket at will. Once he got into the paint, he was able to finish or find a teammate for an open shot.