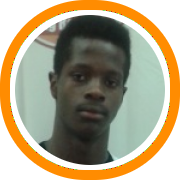 The D.C. Blue Devils spent the opening week of the July evaluation period in the state of Pennsylvania, beginning at the Hoop Group Elite Camp and then heading to the Summer Tip-Off tournament where they earned the championship in the seventeen-and-under "Nook" bracket.

The Blue Devils opened with a win over Team Blaze from Maryland after receiving an opening round bye and then knocked off House of Hoops in an overtime game in the quarterfinals behind 21 points from Eamon Joyce. A win over Positive Image sent them to the final where they knocked off Vanier Prep from Canada.

In other news, Geo Baker announced that he would be transferring into Proctor Academy next year where he'll join current Blue Devil teammates Ngalakulondi and Green, not to mention Julian Roche, who is out for the summer with a torn ACL, but is also expected to reclassify to 2017.