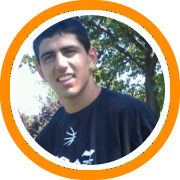 Kerem Kanter played a starring role for Wilbraham and Monson on Thursday as he stepped up in Goodluck Okonoboh’s absence (shoulder injury) to lead the Titans to a 77-61 win over Jean De Brebeuf during the first day of action at the BasketBull Hoops Fest.

Kanter and Kamali Bey reportedly both finished with 24 points while multiple sources were reporting that Kanter earned his first two high-major scholarship offers following the game, from Boston College and Pittsburgh.

Kanter, the younger brother of Utah Jazz forward Enes Kanter, first arrived in New England last season when he starred at the MacDuffie School before running with the New England Playaz on the grassroots circuit.

A versatile left-handed forward with the ability to score both inside and out, Kanter has drawn some early comparisons to former Tilton forward and current Iowa State freshman Georges Niang.

Below is a highlight reel of Kanter in action courtesy of 2eZ Mix-tapes.