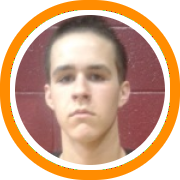 In the second of a six-part series, the New England Recruiting Report starts to break down some of the best prospects left on the board in the class of 2016.

With most college programs starting to follow the NBA’s lead toward more pace and skill on the offensive end of the floor, shooting is at a premium right now. The problem for college coaches though, is that there isn’t much of it, and so supply isn’t anywhere close to meeting demand.

There’s a big difference between making shots at the high school level and being a three-point shooter in the college game. That large discrepancy has a lot to do with the pace of play, the quickness of the release and the importance of scouting reports.

However, New England still has plenty of guys left on the board that are capable of helping college programs stretch opposing defenses for the next four years.

Kashaun Hicks, MacDuffie School (MA) – He’s battled injuries all season long and that’s had an undeniable impact on his recruitment but with his size on the wing, length, and ability to rain high arcing threes over contesting defenders, there’s a lot to like when he’s healthy and on the floor.

Rocket Henderson, Avon Old Farms (CT) – One of two post-graduates from California at AOF, Henderson has the ability to make shots in bunches but he also checks multiple boxes with his chiseled physique and potential to impact the game on the defensive end of the floor.

Kylan Guerra, Kent School (CT) – There might not be a more fluid player on the list. His release if feathery, off both the catch and the dribble, and he has a long history of being able to score the ball in high volume. Combine that with a good feel for the game and he’s a definite player.

Eric DAguanno, St. Andrew’s (RI) – It only takes one glance at D’Aguanno’s stroke to know he is a pure shooter. He has textbook mechanics and one of the prettiest strokes in all of New England. He’s also experienced drilling threes not just spotting up, but also coming off screens with the Saints.

Jordan Scurry, St. Mark’s (MA) – A shot-maker with a powerful build to match, the St. Mark’s forward is a definite match-up problem on the offensive end of the floor. Those attributes helped him land his first D1 offer from NJIT last month and more looks have followed since.

Collin Sawyer, Putnam Science Academy (CT) – The Connecticut native is another guy with a simply pure release. He also satisfies the requirement as an instant offense type threat off the bench because he can come into the game cold and immediately start splashing long-range jumpers with ease.

Brad Calipari, MacDuffie School (MA) – He came back from Kentucky this fall a brand new player and has been proving it all year, most recently with an MVP performance at the Spalding HoopHall Classic. He fires off the catch or the dribble and has a special ability to make tough shots as well.

Sarju Patel, Tilton School (NH) – He flew under the radar during his junior year but started to make a name for himself on the summer AAU circuit in Virginia. While he’s a high academic student, Patel is reportedly mulling a post-grad year, where his three-point prowess and high I.Q. would only attract more suitors.

Laterrance Reed, Salisbury School (CT) – A post-graduate from Canisius (NY), Reed has been Salisbury’s top offensive threat all season long. His jumper is his primary weapon, but he’ll utilize the threat of his quick release to set up his driving game and so he ends up being a versatile scoring guard.

Keyshaun Jacobs, Beaver Country Day (MA) – Jacobs missed most of the summer AAU circuit with injury and is under-recruited to date. He can play on or off the ball and is the type of shooter who can make shots in bunches, but almost never goes totally cold, and so he shoots a very high percentage from three.