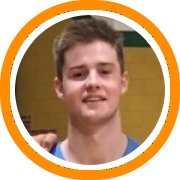 There is an unprecedented amount of talent still left on the board in New England’s class of 2018 given this late date. Typically at this time of year, programs end up settling for the best available and one spring’s commitments become next spring’s transfers.

While the supply may not match the demand at the high major level, there is ample talent left for all other levels of college basketball to choose from. Over the course of the next several days, we’ll break it all down by position, in hopes of helping to promote some of the players who have lots to offer programs at the next level.

Up first are the big men where Brewster Academy's Lukas Kisunas is the most obvious name following his recent release from the NLI he signed with UConn in the fall, but he certainly isn't the only one.

Josh Mballa, Putnam Science Academy – Long and athletic with a chiseled physique and high motor, Mballa started in the frontcourt for a PSA team that won their first National Prep Championship last month. He’s not a conventional big man but more of a hybrid style with some flashes of an old school power forward.

Fardaws Aimaq, Bridgton Academy – The Canadian native is a skilled center who has dramatically improved his conditioning in his only year in the prep ranks. While he owns the frame to create a lot of space, he changes ends fairly well, and has the skill set to stretch the floor with both his shooting touch and passing ability.

Tayler Mattos, Kearsarge – The New Hampshire native is a true senior, and a young one at that, who is widely expected to pursue a post-graduate year but that doesn’t mean college coaches won’t try to convince him to come out now as he has great size, good mobility, touch, and a lot of upside to discover.

Stephane Ingo, Gould Academy – Another Canadian native who is in his first year in the prep ranks, Ingo was like a baby deer when he arrived this fall. His talent was clear but it was a long way from being polished. Seven months later and he’s made significant strides with his best basketball clearly still in front of him.

Filip Rebraca, Williston Northampton – The son of longtime NBA player Zeljko Rebraca, Filip is already strong and a good athlete around the rim. His upside though is based on the development of his naturally soft touch. He plays mostly around the rim now, but has potential to expand his game and versatility down the road.

Nevin Zink, St. Andrew’s – A Connecticut native who has bounced around in recent years, Zink exceeded all expectations for the Saints this year. He’s a legit 6-foot-9 and plays with the high-motor and rugged mentality necessary to be productive inside the paint.

Cantavio Dutreil, Trinity Catholic – One of the best big men in the CIAC this year, Dutreil has all the physical markers to impose his will inside the paint on both ends. He’s also gradually beginning to diversify his attack so that he’ll be capable of playing, and defending, multiple frontcourt positions at the next level.

Gabe Joseph Bryan, South Kent – A New York native who arrived at South Kent with an inefficient habit of drifting to the perimeter far too often, Joseph matured tremendously during the course of his post-graduate year, became a much more effective player because of it, and is now deserving of scholarship attention.

Jack Quinlevan, St. Andrew’s – The big man came to New England with a pair of division I offers to his name but an injury that kept him off the court for the first half of the year and less than 100% for the other half. Even still, he showed a strong body as well as an inside-out skill set.

Ryan Omslaer, Woodstock Academy – A near 7-footer from New Jersey with a high academic profile, Omslaer is a throwback style center who saw consistent minutes on one of the best prep teams in the country this year. He plays to his strengths, knows how to seal in the post, and understands high-low basketball.