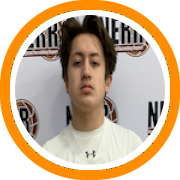 The Cushing Academy basketball program has a long and storied history that has now extended into three different decades with three different head coaches and produced multiple championships and numerous college players along the way.

While the success has been a constant, each coach always had their own unique approach, vision, and philosophy.

James Cormier is a former college player and D1 assistant who had literally grown up around the game as his father was both a longtime D1 head coach and also NBA scout. Those experiences shaped his vision for what a “prep” coach should be and so when he arrived at Cushing Academy, maintaining and even elevating the success of the program was the goal, but so too was “prepping” his players for the next level.

Player development became the core tenant of the program, not just in terms of offensive skill development, but with concepts, habits, and skills, on both ends of the floor, that would translate to the next level.

In the four seasons since, Cushing has won over 90 games, a NEPSAC championship in 2017, and made two appearances in the National Prep Championship field.

They’ve sent players like Wabissa Bede and David Duke on to the ACC and Big East while other alums like Luke Hicks, Greg Kuakumensah, and Sean Conway have found similar immediate success at their respective college destinations.

Then there was last year’s 2020 class, which sent 8 different players on to compete at the college level, the most in Cushing history.

This year’s team is again one of AA’s best but also laying the foundation to stay there for the foreseeable future with a highly talented young core.

Senior guard Jaden Bobbett is the returning veteran and cut from the same cloth as guys like Bede when it comes to his work-ethic and leadership. He’s developed all aspects of both his game and his body during his time at Cushing and has an equally college-ready approach to the game.

Post-graduate forward Chris Cain could make the same type of jump we saw from Conway a few years ago. He’s a skilled and athletic 6-foot-8 forward who only needs to keep filling out his frame. He also has terrific bloodlines as both his parents and his sister played D1 basketball.

Billy Lia is another post-graduate forward from upstate New York hoping to play his way onto the scholarship level. At 6-foot-5, he is a swiss army knife who is tough, multi-positional defensively, and also offensively versatile with the ability to stretch the floor and rise up at the rim.

Chase Ross is a big guard from Texas who plays the game on a pogo stick. He’s at the highest level athletically with a wealth of untapped potential still in front of him.

Giovanni Tam and Brendan Coyle are two other new names in the class of 2022, both of whom are ready to make an immediate impact now and then see their individual stocks continue to rise over the course of the next two years.

Tam is a true big man from Milan, Italy. He’s 6-foot-10, physical inside, and especially efficient around the rim. He’s also extremely experienced after playing for the pro team Olimpia Milano last year, while maintaining his amateurism.

Coyle may just prove to be the best shooter in New England. This guy literally almost never missed when we were in the gym and was virtually automatic to say the least. The fact that he stands at 6-foot-6 with the toughness to match only makes him that much more intriguing.

Mike Carothers, Andy Rosen, and Axel Traina round out the 2022 class with a trio of guards all looking to earn minutes and take their games to new levels. Carothers was a very pleasant surprise – he was smooth and instinctual, consistently able to make plays. Rosen is back for his second year in the program and ready to take a step forward while Traina is a skilled guard working to evolve into more of a point in the coming years.

The youngster of the group is Adrian Uchidiuno, a long-armed 6-foot-2 guard from Canada. And to put it plainly, he’s been one of the best underclassmen guards we’ve seen so far this fall, not just because of what he is now, but because of what he could be. He’s good enough to make an immediate impact right now but just scratching the surface of his potential, and the fact that he checks both boxes is what makes him rare and potentially the next high-level guard to come out of the Penguins’ program.

While we don’t yet know if there will be championships for anyone to win this year, we’ve already seen Cormier and Cushing Academy make the most of these challenging times. They’re doubling down on the time spent teaching concepts, developing skills and habits, not to just get their players to college, but to make sure they’re ready for it once they arrive.