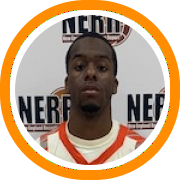 The Suffield Academy basketball program is building for the future while also assembling one of the deepest rosters in Class A of the NEPSAC under head coach Matt Fava.

There are at least nine players on the roster who should have a good chance to play college basketball, and only two of those are in the class of 2021.

Charles-Andre Robert is a returning senior while Zach Feller is the team’s only post-graduate. Robert is a highly skilled big man with a broad and strong frame. He has the size and skill to play both inside and out and really differentiates himself with his passing ability.

Feller is the team’s best player and getting equally rave reviews for his character, leadership, and intangibles. He has D2 offers on the board and his choice of high academic D3 schools. The Texas native is under-the-radar after missing significant portions of the last two seasons, and now being limited by the implications of the pandemic. He’s both a bouncy vertical athlete at the rim as well as a good shooter of the basketball from behind the three-point line. He’s a high-motor player and true competitor who Fava describes as “the whole package.”

George Bauer, Jake Plage, and Gabe Qua are three other seniors who could contend for minutes this season as well.

There’s a similar theme in the junior class as three returning players are back, supplemented by one key addition in Henry White. Even in times like these, the lefty guard has been making a name for himself in recent months. He’s strong with an emerging frame and an equally impressive skill-set as he can already make shots at a steady clip from behind the arc.

He joins a returning 2022 core that includes Alijah Lovelace, Harrison Hochberg, and Tyler McLaughlin-Darcy, three players who gained valuable experience a year ago and are now ready to take on bigger roles.

Lovelace is playmaker in the backcourt who poses a scoring threat at all three levels and has made clear progress with his ability to read the game and make good decisions from the point guard position.

Hochberg is a strong, 6-foot-6 forward who is probably the team’s best three-point shooting threat, and that’s saying something with this group. He has a natural, virtually pure, stroke when he’s in rhythm and is improving his ability to play off the bounce.

McLaughlin-Darcy is a versatile big man who has the size and strength to make his presence felt around both rims, but the touch and budding skill-set to stretch the floor and be effective within offense from the perimeter.

Trey Bischoping is another junior guard who is solid with the ball and has some shooting potential while Cooper Choate can also space the floor.

True to form, the Tigers are continuing to build their program from the ground up, with the addition of three sophomores who should all have the opportunity to blossom into pillars of this program in the coming years.

Owen Moreira is the most well-known local product. A big and athletic wing, his physical tools jump right out at you and as he continues to learn the game and develop his skill-set, he should generate plenty of recruitment.

Jaiden Johnson comes to Suffield from State Island and is an athletic playmaking guard with some quick-twitch like instincts. As he continues to grow into his body and fill out his frame, he could be another prospect to make a name for himself.

Idrissa Ballo is another sophomore with good long-term potential. He’s physical strong at a young age with broad shoulders and a chance to blossom into a versatile forward.

Jayson Mack, Henry Levin, and Owen Arnold are three more underclassmen who have a chance to be contributors in the years ahead.

Overall, this is a group that is always in the thick of things in Class A of the NEPSAC, and is poised to remain among the league’s contenders for the foreseeable future.

Stay tuned to NERR, and all of our social media platforms, for the release of the full Suffield Academy movie trailer from the Be Seen Tour.