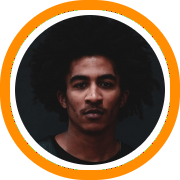 When Notre Dame High School in West Haven launched their own prep program last year, most people didn’t know what to exact.

They had hired Nick DeFeo from Woodstock Academy, the first CIAC school to add a post-grad program, but this was very different.

Woodstock had acquired an entirely new campus, the old Hyde School, giving them both boarding and a space for the post-grads to call their own.

Notre Dame didn’t have that luxury. So, their non-boarding prep plan was essentially unprecedented.

Nevertheless, DeFeo came in, recruiting the local area, and found a variety of graduating seniors who could benefit from the development and exposure of an extra year. All 12 of those players ended up getting placed last year, 4 to the scholarship level, while the team put up a 16-14 record competing against the likes of Brewster Academy, Link Year Prep, Springfield Commonwealth, and Woodstock, all while being evaluated by over 100 college coaches during the course of the year.

To put it plainly, they exceeded expectations in virtually every way imaginable.

Replicating that success in year two would have been challenging enough, even without a once in a century global pandemic.

But, DeFeo is on his way to doing it all over again. The nine-man roster comes exclusively from the local areas – New Haven, Waterbury, Bridgeport and the surrounding towns. All the players travel to campus every day, follow a strict health and wellness protocol, and earn that chance to get on the floor and prove themselves only by being safe and disciplined with every other part of their daily lives.

And…they can all play.

Justin Davis was the leading scorer in the state of Connecticut last year as a senior at Crosby. He’s a sharp-shooting guard who drilled nine-threes in Notre Dame’s first game of the season this year. He’s shifty, deceptively long, plays the right way, and is capable of getting hot at any given time.

Jonathon Edwards previously starred Waterbury Career Academy and may be the most naturally talented prospect on the roster, albeit not yet as much polish. He’s a budding big guard who, at 6-foot-3, showed flashes of high-rising athleticism, floor-vision to see the entire court, and ball-skills to be a playmaker.

Kris Laing is another top talent and also the most experienced player on the team after two previous seasons in the prep ranks. The southpaw is long and versatile with the ability to play and defend multiple positions. He’s also made clear strides with his floor game as he was picking his spots, moving the ball, and playing more efficiently than we’d ever seen from him.

Lawrence Lazaro is a long-term prospect, who is only just beginning to fill-out his frame, but has clear long-term potential. He has good positional size in the backcourt, very long arms, a quick first step, and a clean shooting stroke. He’s also a good student in the classroom.

Moustapha Biao and Kyle Harrell provide two hybrid forwards who both play bigger than their listed size up front. Harrell is athletic and active around the rim, causing problems inside with his mobility. Biao has exceptionally long arms, with a 6-foot-9 wingspan to be especially disruptive on that end.

Backcourt depth is provided by Evan Alexander, Tim Greene, and Shea Sheffield. Scott-Alexander is extremely long himself, with a plus-five wingspan. He’s also powerful in his lower body, with good burst to the rim, a floater game, and clear leadership tools. Greene is a versatile guard who can play on or off the ball, handle against pressure, and really lock down on the defensive end. Sheffield also distinguished himself on the defensive end while providing a boost of shot-making with the type of high-release that allows him to get it off without much separation.

In total, all nine players are college prospects, some with the chance to play at the scholarship level. Collectively, they are a tough and gritty group who will undoubtedly compete with the very best the prep world has to offer and end being a team that no one wants to play…just like last year.