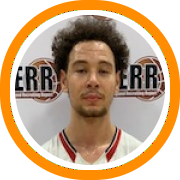 As Robe Toste begins his fourth year as the head basketball coach at the Pomfret School, the prep world is obviously looking at a much different type of season.

Toste’s program has raised the bar with each passing season for the last three years, and was poised to do so again.

Now, they strive to remain ready and hope they get the opportunity to do so.

The progression is visible in a number of different ways. The most obvious is wins and losses. Pomfret won just five games in Toste’s first season and a program record 18 last year.

The number of players moving on to the college level has increased with each passing year as well. There have been nine total in the three year span. There will be five this year in 2021, three of which have already committed.

Even the level of those college players has demonstrated a progression.  Bryce Johnson became the first player to accept a full D1 offer under Toste tenure when he committed to Sacred Heart last year. This year, there are already two players committed to D1 programs in Jason Roche and Quron Zene, who are headed to The Citadel and Columbia respectively.

Zene is the familiar name for local fans. He’s starred for the Master’s School in West Simsbury since he was literally in 8th grade and so it was only fitting that his commitment to Columbia came last spring before he left the school. Zene is a wide-bodied forward, built like a football player, whose early strength was a big part of his ability to play up against older competition when he was coming up the ranks. There’s more subtly to his game then he’s often given credit for though. He’s got good hands, a strong feel for the game, and the potential to be a true mismatch threat. As he continues to embrace that mentality, his game should keep ascending.

Roche is a post-graduate forward from California. He was already off the board by the time the Be Seen Tour rolled into town, and it immediately became clear he would have had more suitors at the D1 level in a normal year. Roche is a truly elite shooter who put on a show. There were shades of Kyle Korver as he ran his defender all over the court in order to free himself and then buried shot after shot from long-range. He also had a mid-range pull-up game to match, could score over top of smaller defenders in the mid-post area, and a wealth of competitive intangibles.

When it comes to intangibles though, Zion Ruckard was as impressive as any player we’ve seen this fall. It’s not often that a faculty member walks up unsolicited to describe a basketball player as “the best kid we’ve ever had here,” but that’s exactly what happened in this workout. From his approach in drills to the way in which he competed to his leadership skills, Ruckard didn’t disappoint. His value isn’t just about his intangibles though, the southpaw is a true point guard who runs the show and distributes the ball but is also a talented playmaker with speed, quickness, and a crafty bag of tricks in the lane.

Colin Baker is another talented post-grad. At 6-foot-4, he has good perimeter size and a strong body. He’s fundamentally sound across the board with a versatile skill-set and the ability to both make shots from three and also put the ball on the floor.

Ben Kelsey is the most notable returning contributor and the senior forward is already off the board following a recent commitment to Denison University. Kelsey has both added to his game, but also built-up his body at a rapid rate. He’s a high-volume rebounder, hard-nosed defender, and increasingly versatile offensive threat.

Amon Williams is another senior whose future is on the football field; as he is already committed to Cornell, but will first help contribute on the hardwood this year.

Kevin Gallagher and Mambi Tsemo are two juniors to watch. Gallagher is skilled and able to shoot the ball with range but really stood out with his feel for the game and passing ability. Tsemo is a strong-bodied forward with good size and a high-motor. He has a good nose for the ball, wins 50/50 balls right now and has a chance to play at the next level with increased skill development.

Raising the bar on an annual basis in Class B of the NEPSAC is no easy task. In fact, while AAA, AA, and A get more recognition, Class B may actually be the deepest of the local prep school divisions, where the battle for the post-season is as competitive as it gets.

Nevertheless, Toste’s group has done just that, gotten better with each passing year and set a new program record for wins in just year three. They likely would have been ready to take another step forward this year, not just because of their individual talent but because of a “values driven approach” that emphasizes accountability, toughness, and unselfishness on a daily basis.