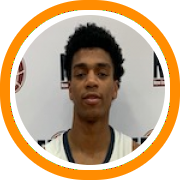 He announced his decision via his twitter account surrounded by his family which seemed appropriate given the context of the decision.

Langford’s older brother, Makai Ashton-Langford, is currently sitting out at BC and will have two seasons of eligibility remaining beginning next year following his transfer from Providence.

Boston College has been perceived as the favorite in Langford’s recruitment since Ashton-Langford’s commitment in the spring but had to fight off hard pushes from both N.C. State and Texas A&M in recent weeks and months.

“I made a decision for myself and where I wanted to go and what could get me to the next level, really,” he told the Boston Globe.

The commitment is undoubtedly a big one for the Eagles, as Langford provides them with their first top 100 local product since Rakim Sanders committed back in 2007.

A Worcester native, Langford spent the past two seasons at Putnam Science Academy, where he played a big role in the Mustangs 2018 National Prep Championship, before transferring to Brewster for his final season of prep school basketball. He’s played exclusively for the Mass Rivals during the grassroots seasons.

“DeMarr is a winner in every way,” Rivals director and head coach Vin Pastore said. “He is elite on both sides of the ball and can cover all five positions on the basketball court.”

Langford projects as someone capable of playing an immediate role for Boston College without necessarily having to be an offensive focal point from day one. He is an elite level defender and perimeter rebounder with a frame that is already more than college ready.

He becomes the second member of BC’s 2020 recruiting class as he joins his Mass Rivals’ teammate Justin Vander Baan. The Rivals now have four high-major commits in 2020 with that tandem joining Dallion Johnson (Penn State) and Jordan Geronimo (Indiana).