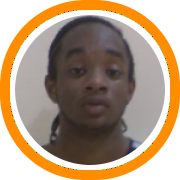 Although the individual state previews won’t be released for another month, it shouldn’t be much of a surprise when Windsor HS is right at the top of Connecticut’s list.  On Saturday they showed an overwhelming amount of talent, depth, and athleticism as they beat a very good Watertown HS (MA) team by a wide margin.  All of the normal suspects got involved for Windsor as Steve Samuels finished with 15, Tyrus Weaver 14, Ryan Dulaire 11, Adrian Satchell 10, Doug Soutar 8, and Kingsley Boothe 6.

Kyle Stockmal (27 points) and Cory Stockmal (20 points) both looked great for Watertown, but the twins are going to need more help during the season than they got yesterday.  They essentially had to do everything as they shared the ball-handling responsibilities, scored 90% of the team’s points, and handed out the assists for the other 10%.

Hillhouse High School (CT), an annual power in the state of Connecticut, scored two close wins early in the day with victories over New Leadership (MA) and Malden (MA).  6’2” junior Spencer Smith emerged as one of the day’s top performers as he scored 22 points in the team’s second game.  He was supported on the perimeter from Jengondji Gates who slashed to the bucket and connected on three jumpers from behind the arc for 15 points as well as Tavon Allen who finished with 14 and TJ McKiver with 9.

While Malden wasn’t able to get over the hump against Hillhouse, they blew out New Leadership, and looked like a program poised to do damage this season.  Travis Nally (19 points, 4 three-pointers) and Marcus Armstrong (10 points) make a nice 1-2 perimeter punch while Kris and Egi Gjikondi do the same on the interior.

Two talented young teams locked up in the afternoon as Springfield Central (MA) faced off against Career (CT).  Sophomore Victor Aytche came up big in the last two minutes of the game flying around the court and making a variety of athletic plays, but ultimately it was Central’s seniors that scored the dramatic victory.  Jarel Njiiri knocked down a free-throw with four seconds left to finalize a single point victory while Jordan Smith led the team with 18 points.  Brandon Barber is another gifted senior who made some athletic plays while guard Chris Bonsu arrived for the second game and showed good quickness on both ends of the floor.

E.0. Smith HS (CT) and Weaver HS (CT) provided more afternoon dramatics – E.O.’s Dan Mindek knocked down a three at the buzzer to force overtime, but Weaver got even in the extra period as Mike Fraylon had a trifecta of his own with 4 seconds on the clock to solidify a victory for his team.  Fraylon finished with 18 while 6’3” senior Michael Anderson had a team high 19 including five three-pointers.  E.O. was paced by 6’6” sophomore Ethan ODay who had 12 points.

Another team poised to be contenders in the Nutmeg state is Sacred Heart HS of Waterbury.  The junior duo of Josh Turner and Cory Andrews led their team to two victories on Saturday.  Turner balanced running the team with creating his own shot as he went for 31 against Sabis (MA) and 19 vs. New Britain (CT).  Meanwhile Andrews attacked off the dribble and finished inside for 21 and 19.

The game between Springfield Cathedral (MA) and Holy Cross (CT) featured some of the best offensive execution of the day.  Both teams appeared to be in mid-season form as they were moving away from the ball, cutting to the basket, and passing well.  Ta-Quan Zimmerman is a name to remember in Connecticut as the burly guard showed an ability to put points on the board along with a good feel for the game.  Cathedral got good production from a pair of sophomores as T.J. Devane scored 16 points and played an intelligent brand of basketball from the point and Marquise Jackson made a variety of athletic plays around the rim.

New Britain HS (CT) has a new star duo as Darius Watson and Steven Glowiak should make them contenders in the CCC this year.  Glowiak was stroking the ball from the perimeter as usual while showing an improved first step and ability to get to the basket as he went for 21 points vs. Franklin (NY) and 28 vs. Sacred Heart (CT).  Watson took the Franklin game over in the game’s final minutes.  He did a little bit of everything as he finished with 41 points knocking down shots from the perimeter, changing speeds well with his dribble, and showing some nice footwork on the box.

Other individuals who impressed us:

•  Dam Martin, East Longmeadow HS (MA):  The next in a long line of Martin’s to be impact performers in the Springfield area, Martin gets to the rim and has great footwork and repertoire of moves with his back to the basket.

•  Carl Stewart, Commerce HS (MA):  The big man is intriguing because of his strong frame, athletic body, and ability to run the floor.

•  Jerome Cohen, Everett HS (MA):  We knew the big man could score and rebound inside, we didn’t know he had that much game from the perimeter as he handled the ball with ease and knocked down four three-pointers.

•  Andre King, Sabis School (MA):  King made shots from behind the arc in bunches and also has solid physical attributes with a long and pretty strong frame.

•  Laquan Mendenhall, Harding (CT):  He didn’t have the ball in his hands enough to be at his best in Harding’s first game but he still took the ball hard to the rim, challenged shot blockers, and got to the free-throw line consistently.