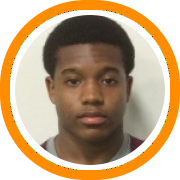 The second and final day of the BABC Prep Classic took place on Sunday.  An exciting weekend of basketball will conclude on Monday with the BABC Winter Classic.  Here's a look back at Sunday's action:

The first game of Day 2 at BABC Prep Classic was a battle between Pingree School and Vermont academy. Pingree came out strong at the tip and took a 17-6 lead with 6 minutes remaining in the half. This was until Tyler Harville and Bruce Brown decided to take over for VA and sparked a run to go into halftime up 33-23 lead. In the second half, Pingree attempted to make a number of runs, but they could not get enough stops on defensive end and VA secured the 64-52 victory. For Pingree, senior Conor Reardon and sophomore Justin Assad played very well, both attacking the rim fearlessly against the more athletic Vermont Academy squad. Bruce Brown continued his tare on the NEPSAC by going for 22 points and 9 assists.

Game two was a battle between two of NEPSAC’s top teamsin Class B as Rivers battled Cheshire Academy.  Cheshire came out strong in the first, building up an 8 point lead before Rivers charged back behind a pair of freshmen, Jermaine Samuels and Jamari Venter, in order to cut the deficit to 31-27 heading into the half.  Cheshire opened the second on a quick 4-0 to rebuild the 8 point lead but Rivers would again fight down the stretch, cutting it to two at the one minute mark behind a Carlin Haymon three-pointer.  Haymon would follow that up with a subsequent steal and dish to Samuels for a lay-up to tie the game at 65 with 30 seconds remaining.  Cheshire wouldn’t be discouraged though as post-graduate Wilfredo Rodriguez went coast to coast to secure the game winning lay-up.  Rodriguez was impressive throughout, using his size to get to the rim and finish over smaller defenders.  Haymon had a similarly strong game for Rivers, hitting a number of big buckets down the stretch, while Matt Prokop also turned in a total floor game.

The third game of the BABC Prep Classic was a matchup between Marianapolis and Milton Academy. Marianapolis came out strong and built a 30-20 halftime lead behind the inside play of senior forwards Eric Long and Bobby Ahearn. In the second half, Marianapolis extended their lead up to 14, but Milton continued to chip away, cutting the lead to 4 with two minutes remaining after a deep three from sophomore Johnny Blaize.  That would be as close as Milton would get though as Marianapolis held on down the stretch.  Eric Murdock Jr. was tremendous at the point, running the show but also keeping the defense honest by hitting from deep on a couple of occasions.  The frontcourt tandem of Bobby Ahearn and Eric Long anchored the team with their interior scoring and rebounding while Blaize was the offensive sparkplug for Milton, using his quickness to attack the rim throughout the game.

The final game of the day was a clash between Brimmer & May and Boston Trinity, who was coming off an impressive Saturday win over Commonwealth Academy.  Brimmer was sluggish out of the gate, trailing for most of the first half, but head coach Tom Nelson was able to light a fuse at halftime as they came out a new team in the second, imposing their will on BTA while Drexel bound guard Sammy Mojica made a number of highlight reel plays.