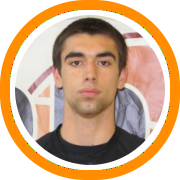 The New England Recruiting Report was on hand at Chelsea High School for the final three games on the last day of one of the most talented holiday tournaments in New England: the BABC Holiday Classic. Several college coaches and local scouts were in attendance to see some of day three’s stars perform on a pedestal at the tournament hosted by one of the most recognizable and successful AAU programs in the country. These are the stars, and future MIAA stars, who stood out on Thursday:

Steve Wynn, 6’ senior-He was a little passive in the first half of New Bedford’s 60-48 win over West Roxbury, but overall Wynn took good shots that were within the Whalers’ offense and he was the most unselfish player on the floor: constantly looking to set up his teammates for buckets on the offensive end.

Cameron Walker, 6’3 senior-Walker and Jonathan Fortes came up huge on both ends of the floor for New Bedford, especially in the 3rd quarter. After trailing 26-24 at halftime, the Whalers were able to establish a consistent scoring presence in the in the paint thanks to Walker and Fortes running the floor and finishing strong going to the rim off of their post moves. Ultimately, that established paint presence offensively was the difference in what was a close game throughout.

Markus Neale, 6’1 sophomore guard- Neale is the sole reason West Roxbury was able to stay in this game. He dominated the first half on the offensive end, scoring on a combination of strong finishes and long jumpers. While he may not have standout athleticism, he is a fundamentally sound player who is also very intuitive in picking up some steals on the defensive end.

Isshiah Coleman, 6’4 junior-Coleman had some tough foul calls that forced him to the bench for a lot of this one. Despite that, even in watching him play for only a few minutes at a time, it’s undeniable that he’s one of the most improved players in the MIAA since last season, and clearly because of his motor, athleticism, and exceptional length he hasn’t even come close to reaching his full potential as a scorer and shot blocker.

Leroy Hamilton, 6’3 junior-Hamilton was a nice rebounding presence for the Titans today against a big Cambridge team. He finished some acrobatic layups inside and gave New Mission some offense on a day when they desperately needed it.

Greg Bridges, 5’5 freshman-Bridges struggled immensely with his scoring for the first three quarters, but his deep three pointer and strong finish in the paint off the dribble in the fourth quarter were big shots that took the wind out of the sails of a Cambridge squad who had some momentum late in the third through the middle of the fourth quarter.

Shaquan Murray, 6’2 sophomore-New Mission coach Cory McCarthy was very pleased with Murray’s performance, and understandably so. As with Coleman, Murray has a lot of star potential down the road because of his ability to create offense, rebound, and hold his own defensively for the Titans.

Fredens Deneous, 6’4 sophomore-When he puts on some strength he’s going to be one heck of a post presence for Cambridge.

Steve Haladyna, 6’5 senior-Haladyna is a ball hawk who is constantly on the offensive boards and is always hounding opposing teams’ ball handlers. He dropped 30 points in Prep’s win over Bishop Guertin, further proving what a steal he is for Tufts University next year.

Fred Shove, 6’4 senior-The lefty was that glue guy who did whatever it took for the Eagles last year, but this year he has not only taken a leadership role, he also is doing a fair share of scoring to pick up some of the slack left by the departure of now-Notre Dame guard Pat Connaughton. Shove is a very dangerous outside shooter, but his most impressive moments yesterday were his admirable and blatant disregard for any contact coming his way when driving to the rim.

Mike Carbone, 5’11 senior-Carbone may very well be the most dangerous three-point shooting threat in the MIAA. Bishop Guertin was his victim yesterday, he knocked down five first-half threes to match Joe McCarthy’s output, and set the tone for Prep’s high-powered offense. His ball handling has also greatly improved last year and he has noticeably increased athleticism.

Marcos Ecchevaria, 5’7 freshman-You won’t often see an undersized freshman starting at point guard for a state title favorite, but Ecchevaria has clearly earned the trust of his coaches early in his high school career. While he won’t fill it up offensively, he does a fantastic job of timing his passes when he gets trapped crossing halfcourt. He limits his turnovers, and is the shotcaller for one of the MIAA’s most well-executed offenses.

Joe McCarthy, 6’4 senior-McCarthy carried Guertin’s offense in the first half of their matchup against St. John’s Prep. He knocked down five threes in the first two quarters, scoring 21 first half points.  Prep did a much better job of closing out on McCarthy and face guarding him in the 2nd half, which slowed him down a bit. All in all, if McCarthy can keep his strong outside shot consistent and use his athleticism and length to get to the rim and free throw line more, he’ll be a very tough defensive assignment.