Another Scholarship for St. Andrew’s Senior 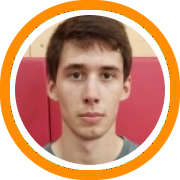 Westmont is a small liberal arts school in Santa Barbara (California) that advanced to the NAIA division I title game this year.

Ozburn is a six-foot-nine big man who came to St. Andrew's from Illinois and made significant strides during the course of his post-graduate season.

"Duncan worked hard and got better throughout the course of the year," St. Andrew's head coach Michael Hart said. "He was a spark plug off the bench and has a great post game. He reached his goal of a college scholarship at a terrific school."

Ozburn is also a very good rebounder, who not only controls his area but occassionally goes beyond that as well. While he can provide a low post scoring threat with soft hands and good footwork, he's valuable because he doesn't need a certain amount of touches or shots to be engaged in the game, and proved that at a variety of times this season.

Ozburn becomes the third member of St. Andrew's 2015 class to earn a full athletic scholarship as he joins J.R. Lynch (Hartford) and Brian Mukasas (Post). Chancellor Ellis is the final remaining senior still on the board for the Saints.