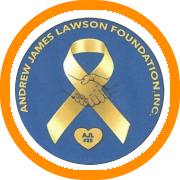 The Andrew James Lawson Event at the T.D. Garden
Not since the Mcdonald’s All-American game was played on the parquet floor at the Boston
Garden has there been such a collection of high end talent on display. The TD Garden will host
the ninth annual Andrew James Lawson Event on January 21. Altogether there will be nine high
school games featured, starting at 9:00 AM and ending at 10:30 PM. For one admission of
twenty dollars, you can watch from the front row all day.
The featured game of the day is seven time national champions Brewster Academy vs
Worcester Academy. Each team captured the New England title last year. This game alone will
feature over fifteen division one players. Future NBA players could be playing against
each other in this game. A top ten player in the country, T.J. Power, who is committed to Duke,
is the headliner. However, Worcester returns other elite players such as Tre Norman ticketed to
Marquette, Kayvaun Mulready already committed to Providence, Todd Brogna committed to
Stonehill, and Parker Jomes who is bound for Colgate. The national power
Brewster Academy has nine committed division one players. Taylor Bowen signed with Florida
State, J.P. Estrella will be attending Tennessee, Reid Ducharme going to Xavier, and Aidan Camman
planning to attend Harvard. Aaron Clark signed with Wake Forest and Carey Booth committed to
Penn State. These players make up a portion of Brewster Academy’s roster. Also, two
legendary coaches Brewster Academy’s coach Jason Smith and Worcester's own Jamie
Sullivan brings that much more cachet to the game.
If that game was not enough, Saint Sebastian’s will take on Belmont Hill School. The
number one rated player in his class within the United States, A.J. Dybansta leads Saint
Sebastian’s to the Garden floor. A.J. has drawn comparisons to our Kevin Garnett, measuring at
6’9”. A.J.’s game is complete with rim-rattling dunks and deep threes. Trevor Mullin, who is
headed to Yale in the fall, has started every game since eighth grade at Saint Sebastian’s. This
has built Trevor’s legendary status. Jaylen Harrell at Saint Sebastian’s, has already fielded
major division one offers. The other rock on the team is Cooper Wright, headed to Colgate. The
last team to knock them off at the New England tournament semifinals is Belmont Hill School.
Belmont Hill takes them on at the Garden.
A powerhouse Milton Academy has four division one prospects and will play Austin Prep which
has two eighth-grade phenomenons. The 22 ranked player in the country, Gavin Griffith headed
to Rutgers, leads his prep school Powerhouse Kingswood Oxford vs class A power Dexter
Southfield. One of the state's pre-season favorites to cut down the nets, Beverly High School,
led by Ryder Frost takes on a strong Everett team. Two of the elite coaches in the state Mike
Wilder of Waltham and Mark Antonelli of Somerville clash. In the morning program, Milford takes
on perennial contender Winchester. Also two of Cape Cod’s finest teams Nauset and Cape
Cod Academy play against each other.