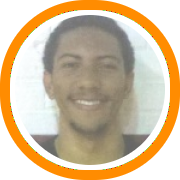 Two and a half years ago Nikko Acosta was a prospect on the rise as he prepared for his senior season at New London High School.  The 6’9” center had just started to make a name for himself and college coaches in the area had promised to follow his progress over his senior season.

But one week before his first game he suffered a major setback as he tore his ACL.  The injury not only forced him to miss his entire senior season, but also the subsequent April and July live periods.

Acosta then made the decision to do a post-graduate year at Kents Hill School in Maine to give him another chance to show college coaches what he could do.

And although he had a successful post-grad season, coaches were still scared by the huge knee brace he wore in addition to the fact that he was admittedly favoring one leg.

After finishing his post-graduate year Acosta had a decision to make.  He had spent the  better part of his 5th year strengthening his leg and was just starting to get healthy, but still wasn’t satisfied with his recruitment.

“I had played against all these kids who were going D-1, going high major,” he said, “and I just knew I was supposed to be a division I player.”

Determined to reach his goal, Acosta headed to Heat Academy in Virginia for a second post-graduate year.

Heat Academy is not your normal prep school, in fact it isn’t a school at all.  They don’t own a school building, employ any teachers, or give any grades.

Heat Academy is, in essence, a club team that plays a schedule competing against prep school teams.  The Heat Academy roster is made up of players from a variety of different situations – some are high school students, others post-graduates, and some taking classes at the local junior college.

The thing that binds the players is that they all travel to Martinsville, Virginia to pursue the dream of playing division I basketball.  Once they get there many of them stay together in the same house, go through two-a-day workouts and practices, and play a competitive schedule that takes them from New Jersey to Atlanta.

When Acosta arrived in Virginia, he had already completed all of his core class-work to get through the NCAA clearinghouse, so his academic studies were limited to an SAT prep course.  Without the demands of a normal academic schedule, he said he was able to benefit from the extra amount of time he spent developing his basketball skills.

“We did a lot of footwork this year and I think that was the best part for me,” he said.  “I’ve made so many improvements to my game.  I’m playing the face-up four now, knocking down everything inside of 18 feet, and throwing it down hard around the rim now that I have my athleticism back.”

Asked to describe his overall game now Acosta said, “my mother said it perfectly the other day, she said ‘Niko you play a lot like that boy Jordan Hill’ because we were watching the draft.  I’m an athletic big man who runs the floor, blocks shots, and finishes around the basket.”

Playing in Virginia also exposed Acosta to a new set of potential colleges, who weren’t scared away by his previous injury.

“A lot of my looks came from schools down south which gave me a lot of different options, because before that I had really only heard from schools in the northeast.”

This year Acosta took official visits to Florida A&M, Coppin State, and Manhattan.  He was also recruited by UNC-Wilmington, Toledo, Southeast Missouri State, and a variety of schools from the MEAC and SWAC.

“I took my official to Florida A&M a couple of weeks ago and committed on the second day of the visit,” he said.  “I felt real comfortable with the school.  I saw the new arena that seats 10,000.  I liked the coach and the direction the program is going.”

With that, Acosta became the fourth member of this year’s Heat Academy team to commit to a division I school, joining teammates who have pledged to Nebraska, College of Charleston, and Tennessee State.

More importantly he has ended the long and windy road that has been his recruitment.

It may have taken six years, but Nikko Acosta always knew this was where he was supposed to be.