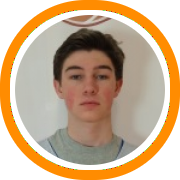 As another Hoop Mountain All-Academic Camp wraps up, we take a look back on another great week that saw 150 college coaches from all levels come through Brandeis' doors to see nearly 400 high-academic players compete.

Sean Smith (Sacred Heart, 2017)- Smith was an animal all week.  His motor is always running, and he is an excellent rebounder who uses his athleticism to its peak to grab rebounds out of his area.  He is also quick off his feet for putbacks on the offensive end.

Connor MacIsaac (Rivers, 2016)- MacIsaac loves to bang on the boards, as his physical nature really stood out among the bigs this week.  His long arms and broad shoulders add intrigue to him as a prospect.

Josh Bradanese (Billerica, 2016)- The 6'6 forward showed off a great motor this week to go along with his high skill level which he has shown so far this summer.

Zachary Knecht (Marjory Stoneman Douglas, FL)- Knecht made a living off beating his man down the court for easy layups.  He has a nice jumper for a big man.

Harry O'Neil (St. John's Prep, 2016)- The big bodied O'Neil was a beast on the boards.  He has the reputation of being  a high-motor player, and he showed it off again this week.

Carter Selzer (Rockhurst HS, KS, 2017)- Wiry strong at 6'8, the forward is physical inside and rebounds very well out of his area.

Nick Tupanjanin (Milton Academy, 2016)- The Milton Academy product nailed shots from the perimeter all week long, and was able to use his shot fake to get in the lane and finish at the rim.

Shy Ulrickson (Mt. Ararat, 2016)- Ulrickson hit some outside shots this week, but it's his presence on the court that is distinguishable between him and other senior guards.  He was one of the best point guards at camp.

Weston Hannon-Bogosh (Worcester Academy, 2016)- Hannon-Bogosh shot the ball very well as the week progressed.  He gets his shots within the flow of the offense, something that was noticeable this week.

Ryan Morrissey (Plymouth South, 2016)- Standing out at both Hoop Mountain Elite Prospect Camp and the Elite 75 Showcase already this summer, Morrissey can put up points in a hurry.  He is definitely one to watch this winter.

Alex Dorion (Needham, 2016)- Dorian was consistent with his shot all week long, and all week long he remained a threat from outside.  Dorion has a simple and compact shot, which does not allow room for many mistakes to be had.

Joseph Downes (IMG, 2016)- The incoming IMG Academy (FL) post-grad has the reputation as a big time shooter (earned at Sandwich HS on Cape Cod over his career), but he also showed off his ability to effectively run a team, as well.

Zach Light (Northfield Mount Hermon, 2018)- Light is an efficient guard who should shine at NMH over the course of his career.  He is a mistake-free young guard who displayed a great basketball IQ.

Scott Graziano (Lawrence Academy, 2019), Mike Perry (Bishop Feehan, 2018), Luis Reynoso (Bradford Christian Academy, 2019), Ethan Wright (Newton North, 2018)- All four NE Playaz teammates played to rave reviews.  Graziano and Wright are on pace to become high-level perimeter shooters.  Perry can get to the hoop with ease, and Reynoso has established himself as one of the top 2019s in New England with his all-around game and high basketball IQ for a rising freshman.

Jakigh Dottin (Cambridge Ridge & Latin, 2017)- Although far from an emerging prospect due to his time on BABC, Dottin showed improvements in his jumper this week, as he is noticeably more comfortable out on the perimeter with that now as part of his arsenal.

Carter Scott (Darien, 2017)- Inside the paint, the 6'0 guard negates his lack of height for creative finishing moves, which set him apart from many guards in the field this week.

Davis Franks (Collegiate, NY, 2017)- The smooth forward has a feathery touch from outside.  If he keeps getting stronger and can absorb contact, he could turn out to be a heck of a mismatch on the outside.

Graham Pierce (Brunswick, 2018)- The long and lanky lefty forward may still have some growing to do, and that will add to a nice skill set for the rising sophomore.

Eric DAguanno (St. Andrew's, 2016) and Nick Seretta (Northfield Mount Hermon, 2016) were among the more known prospects here at AAC, but they displayed a toughness and edge that you wouldn't expect out of players like that.  D'Aguanno battled an ankle injury early in camp and still found ways to be effective.  Seretta dislocated his finger on Saturday afternoon, and was in for his next shift after the trainer popped it back into place.

Additional Out of Region Players:

Eric Johnson (Passaic County Tech, NJ, 2016)- Johnson was a cut above most in the field athletically this week.  He is smooth in getting to the hoop, and shows an above average jumper.  Unlike many, Johnson uses his athletic ability wisely and in his favor in driving to the basket.

Nicky Shapiro (Crossroads HS, CA, 2016)- Shapiro was lights out on Thursday, and he used that as a stepping stone for the rest of camp.  Shapiro is one to watch if any team needs shooting.

Jordan Harris (Lawrenceville School, NJ, 2016)- Harris pushes the ball up the court to create an uptempo style for him and his teammates, and is very apt at finding them open in transition.

Jonah Camberg (Calabasas HS, CA, 2016)- Camberg is a well-rounded player whose weaknesses are difficult to point out.  He is efficient and effective, and cuts well without the ball.

Sayo Denloye (Viewpoint School, CA, 2016)- One of the toughest guards in the field, Denloye was not afraid to stick his nose in with the bigs for rebounds (and he succeeded more often than not).

Josh Chery (Lawrenceville School, NJ, 2016)- Chery uses his 6'5 frame to go get rebounds, and proved to be a great finisher around the rim, as well.