A Week of Upsets in Class A 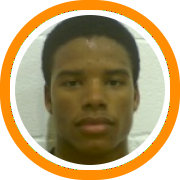 Returning from the long holiday lay-off is always a very daunting task for every prep school, especially when the challenge of a multiple week hiatus is complicated by only a couple days of practice before your first game.  That, in addition to competing against some very tough class B opponents, was enough to get two Class A programs knocked off on Wednesday.

Tilton defeats Winchendon
It was an up and down week to say the least for the boys from Tilton.  They held off Cushing in a battle of two of Class B favorites to start the week, but then fell to a gritty Proctor team two days later.  Finally, the Rams traveled to Massachusetts to face a Winchendon team who had been playing their best basketball of the year before the break.  Making the match-up even more interesting was the fact that Tilton’s dynamic duo of Jamal Coombs and Alex Oriakhi were both members of the Winchendon team a season ago.

The home team took a 38-31 lead into halftime behind their transition attack and some accurate perimeter shooting.  But Tilton refused to go away in the second as the game went back and forth for all 20 minutes.  Ultimately, the Rams got the final defensive stop in regulation to send the exciting game to overtime.

Oriakhi and Coombs carried their squad in the extra period.  Oriakhi demonstrated an impressive array of post moves and finished with 31 points (14-22 shooting), 4 blocked shots, and 12 rebounds including some very crucial ones down the stretch.  Coombs was equally impressive as he finished the game with 33 points on 12-18 shooting from the floor and 3-4 shooting from behind the arc, in addition to 8 rebounds.  Ultimately, Tilton was able to hold on for an 82-76 decision.  With the win Tilton becomes 2-0 on the season against Class A opponents and 12-3 overall.

The schedule doesn’t get any easier for Winchendon as they play MCI, Lee Academy, Brewster Academy, the Patterson School, New Hampton, and St. Thomas More all within the next two weeks.  Regardless, look for them to bounce back in a big way as that has become a trademark of the Winchendon program over the years as they don’t back down from anyone night in and night out.

Hotchkiss defeats New Hampton
With so much geographic distance between the two schools this match-up took place on a neutral court at the Williston Northampton School.  Hotchkiss stunned their opponents out of the gate as they forced New Hampton into several turnovers and took a 14 point lead into the locker room.

New Hampton fought back in the second half but ultimately couldn’t get it done down the stretch as Hotchkiss relied on their “Big Four” to lead them to victory.  According to reports Jason Morris was said to be the best player in the gym.  The sophomore guard thrived in the challenge of competing against high level guards like Kendall Durant (Virginia Tech) and Twany Beckham, as he dominated play.  Equally impressive was Kellen Cade who was using his speed and athleticism to attack off the dribble all night long.  Freshmen Derrick Wilson and post-graduate Gary Robinson also thrived for Hotchkiss.