A Shot for Life Returning 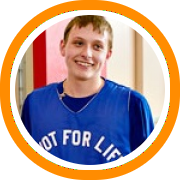 The money raised by all of our shooters goes to Brain Cancer research at both Children’s Hospital in Boston as well as the Dr. Curry Research Laboratory at Massachusetts General Hospital. By accepting to become a part of this event, all of our shooters have committed to spending significant time and energy raising money for our cause.

“We are extremely proud of all of the new members of our A Shot For Life family and we’re very happy to welcome all of our still eligible shooters back from last year," said A Shot For Life founder and CEO Mike Slonina. "All of these tremendous young athletes have made the decision to use their extraordinary talent to raise money for Brain Cancer research which speaks volumes about them as people.”

There are two major upgrades from last year’s A Shot For Life Challenge. This year’s event will feature a girls division and we will conclude the event with a dunk contest. There are loose plans to include a point guard skills competition for the 2015 event next year.