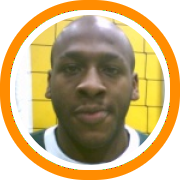 The 8 schools tournament consisted of 8 of the top academic prep schools in the northeast.  While many of the schools are known for their prowess in the classroom, on Saturday they proved they could get it done on the court as well.

Choate 56 Andover 39
The day’s first game featured the host school against NEPSAC Class B rival Phillips Academy Andover.  Choate held the opposition to only 14 points in the first half playing some inspired half court defense.  In the second, both teams got going offensively.  Choate had a balanced attack as Kyle Kesses and Nick Justiz both scored 17 while Luke Matarazzo had 10 and a game high 9 assists.  With the victory, Choate improved to 5-1 on the season.

Lawrenceville defeats Deerfield
This game went down to the wire as there were numerous lead changes throughout the 32 minutes of action.  Lawrenceville was able to execute their offense to perfection, hitting back-cutters through the high post, on two late possessions to seal their victory.

Northfield Mount Hermon 67 Choate 38
NMH utilized their superior depth and broke the game open in the second half.  The Hoggers shared the ball exceptionally well as eleven different players broke into the scoring column.  David Rufful was the team leader with 12 while Kyle Kesses had 16 for Choate.

Exeter outlasts Hotchkiss
The fourth game of the day was a back and forth battle as class A Phillips Exeter got all they could handle from class B Hotchkiss.  Yale bound swingman Reggie Willhite led the way for Exeter showing his full offensive repertoire as he slashed his way to the rim and pulled up in the mid-range area.  Two role players also stepped up as Alex King drilled several open three pointers and Chris Applegate controlled the interior with his rugged play.  Hotchkiss was led by sensational sophomore Jason Morris.  Although Morris didn’t shoot the ball especially well in this game he showed flashes of why many consider him to be one of the top players nationally in the class of 2010.  His most impressive play took place when he caught the ball in the corner, took one long dribble, and elevated outside the lane for a tomahawk jam.  The game ultimately came down to the final possession as Kellen Cade missed a three point attempt that would have sent the game into overtime.

Deerfield tops Andover
After a close first half, Deerfield was able to open up the lead in the second and eventually win by more than 25 points.  6’4” swingman Ralph Temgoua was impressive in limited minutes as he attacked the rim hard.  Also productive was 6’7” big man Donald Okpalugo who was like a man among boys in the middle.

Northfield Mount Hermon edges Lawrenceville
The best was saved for last as NMH persevered to defeat Lawrenceville in a very exciting match-up.  Leading the way for NMH was the inside-outside tandem of Simon McCormack and Andrew Yanulis who finishes with 19 and 18 respectively.  McCormack slashed his way to the rim at will and either finished the play himself or found teammates for open shots.  Yanulis was equally dominant as Lawrenceville didn’t have a post defender who could stop him in single coverage on the block, which resulted in the big man scoring virtually every time he touched the ball.