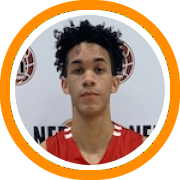 We will be releasing our updated New Hampshire 2023 rankings next. They consist of only players who are returning to the region. Once we have evaluated all the incoming prep prospects, we will have a new release.

Tennessee commit and Brewster Academy big man JP Estrella earned the top spot. His three-point shooting, rebounding, and rim protection were key reasons for why Middlesex Magic went 34-4 this past AAU season. Estrella’s Brewster teammate and Florida state commit Taylor Bowen comes in at number two. He is a forward with the ability to handle in the open floor, hit open standstill treys, and cover ground quickly on defense.

Davidson commit and Philips Exeter Academy guard Mike Loughnane holds the fifth spot. He is a multifaceted scorer who can also make plays for others on the ball. Another Brewster Aacdemy product Sawyer Mayhugh is at six. The sturdy framed big man is a very good rebounder and reliable finisher around the rim.

Recent Maine commit Logan Carey from St. Paul’s School earned the tenth spot. He is an explosive two-way guard who provides secondary playmaking value. New Hampton School forward Stephan Snagg is at number twelve. He makes an impact as a finisher/rim protector with his length and impressive leaping ability.

Anthony Chinn from Pinkerton Academy came in at the fourteenth spot. He is a wing who can hit treys off the catch/move or finish at the rim with his explosiveness/soft touch off the glass. Chinn’s AAU teammate on New England Storm Matt Lamy is at twenty. The St. Paul’s School and Colby commit can space the floor from deep on spot-up attempts and scores in the paint with a soft floater when attacking closeouts.

Attached is a link to the full rankings: https://newenglandrecruitingreport.com/rankings/new-hampshire-class-of-2023