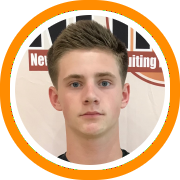 With the high school season now behind us, this is the fourth installment in a six-part series that looks back on the season that was in New England’s six respective state associations.

So far, we have profiled the CIAC, RIIL, and VPA, recognizing state champions as well as individual award winners.

Today, we turn our attention to the state of New Hampshire where Exeter High School capped a perfect season by winning the division I state championship 53-30 over Salem. Kevin Henry scored a team-high 18 points while Ryan Grijalva and Josh Morrissette chipped in with 11 each.