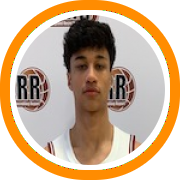 The Boston Bobcats were a match-up nightmare all weekend long and came home with the Varsity Division American title because of it, scoring multiple wins over notable New England programs. Other teams simply couldn’t contain their guards as they lived in the paint and kept scoring at point blank range throughout the weekend. Their dribble penetration ultimately opened up the three-point arc as well as they forced defenses to collapse and then even began looking for threes in transition.

The 10th grade American Division crown went to Boston Warriors Blue. With a mix of toughness and skill the Warriors were as efficient as they come. Their ability to create offense from their defense allowed them to pull away in the second half of the finals while the high IQ of their guards sealed the championship.

Team New England won the 9th grade American Division with 32 minutes of pressure defense every game this weekend as they created their own brand of havoc. TNE pulled ahead early in the final and maintained that lead with exceptional leadership from the point guard position and collective chemistry throughout the roster.

Shyheim Odom 2022 6’6- A versatile wing who can play inside an out, Odom continued to score and rebound the ball at a high level while also being a vocal leader for the Bobcats.

Amari Howell 2022 5’8- This young PG was a menace on the defensive end with his ability to get under opposing handlers and pressure the ball. Offensively, he’s able to get into various seems while also showing the IQ to make the right read.

Jordan Geronimo 2020 6’5- Geronimo was a standout on the defensive end of the floor. He did a great job of rebounding above the rim to finish possessions but also impressed with the versatility to cover stretch-fours on the perimeter.

Jackson Zancan 2019 6’5- A skilled forward who can stretch the floor himself, Zancan also ran the floor exceptionally well for easy points and did a great job of controlling the defensive glass.

Abdoul Bah 2021 6’6- The young big man is able to get his own on the offensive glass and be a double-double threat without having to have any plays run for him as he can go get the ball off the rim and score with easy second chance points.

Cam Lovejoy 2019 5’9- Lovejoy showed his offensive versatility and ability to score the ball in various ways. He made shots consistently from behind the arc but was also able to play through contact and make tough lay-ups in the paint.

Michael Makiej 2020 6’4- Makiej was at his best when putting the ball on the floor and attacking the rim as a slasher but he wasn’t incapable of making shots from behind the arc when he got hot either.

Scott Lampron 2019 6’1- This sharpshooter wasn’t just lights shooting off both the catch and the dribble as he not only made open threes but also had a complimenting pull-up game.

Nate Santos 2021 6’7- A talented long-term prospect, Santos is a big wing who impressed with his ability to drive and finish well above the rim while also knocking down shots over top of smaller contesting defenders.

Bryant Ciccio 2020 5’10- His big fall continued as the floor general proved his prowess on both ends of the floor while continuing to assert himself as a leader for his Rise Above squad.

Anthony Morales 2020 6’7- With great perimeter size and an abundance of natural tools, Morales proved he can be a knockdown shooter but also deceptively adept at getting by his man off the dribble.

Camaron Tongue 2021 6’6- The versatile forward showed the strength and size to consistently crash the glass while simultaneously showing the skill to step-out and knock down a catch-and-shoot three.

John Gates 2019 6’2- A three-point marksman, Gates bases his game around the arc but is able to get his shot off in different ways as he stays in constant motion and knows how to create space coming off screens.

Will Dorion 2020 6’1- Dorion was on fire from three on Saturday but had shown his full floor game by the time the weekend came to an end with his consistent ability to penetrate the defense, high IQ, and various winning intangibles.

Ibrahim Muhammaed-Denson 2020 5’7- He scored on all three levels and made a series of high-level plays both taking his man off the bounce as well as knocked down contested pull-ups to the tune of a couple 25 point performances.