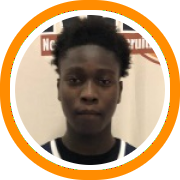 The battle for the NEPSAC tournament is an intense one in Class B as there’s far more than 8 teams capable of making a run. Here’s a look at those with the most firepower heading into the season:

Hamden Hall – The Hornets have made a statement out of the gates, delivering big wins over both the defending champions, Brooks, as well as fellow contenders Beaver Country Day. The senior trio of Byron Breland, Christian Adams, and Tim Dawson leads the way. Breland and Adams are committed to NJIT and Pace respectively but Dawson is playing a backseat to no one and putting up big numbers to start the season. The addition of another scoring guard, Jackson Benigni, boosts a 2020 class that already featured Jahkai Pettway and Corey Walters.

Brooks – They’ve had dynasty like success in recent years, winning three straight Class B championships. After graduating the vast majority of their line-up from a year ago though, this is essentially a brand-new Brooks team this year. Elliot Nelson, Myles Foster, LaWilliam Stevens and Mathias Tankersley should all see increased roles this season while the arrival of Tyler Whitney-Sidney gives them a dynamic young guard to build around in the sophomore class. The junior class has some talented pieces up front as well with Sam Thomson and Olu Oladitan joining Foster.

Canterbury – Joe Hoch, an experienced senior guard, provides leadership and skill in the backcourt while being joined by a variety of talented newcomers. Eric Massing, a 6-foot-8 German import, should be one of the league’s most formidable frontcourt weapons. He’ll team up with fellow post-graduate Bryan Powell, an ultra-efficient inside-out four-man, along the team’s front line. Marlon Short is a big 6-foot-5 wing from California in the 2020 class while fellow juniors Trayvon Alexander and Charlie Campbell will join Hoch to make up the majority of the backcourt rotation. Sophomore Thompason Hyland and freshman Ben Bochicchio could also see time.

Dexter Southfield - The three-headed monster of Charles Coleman, Jordan Mason, and Noah Kamba is back for their senior year and raising the bar after winning the Class C championship a year ago. All three have put up huge numbers over the course of their career and will continue to do so this season. Coleman is in the best shape of his life while Mason and Kamba distinguish themselves on the perimeter with their shot-making and playmaking respectively. 4 year starter Paul O'Toole returns as well. There's more of a supporting cast this year as well with the additions of Cameron Schainfeld and Thatcher Stone.

Millbrook – They have one of the deeper teams in all of class B. In fact, there’s already four seniors who have committed to play college basketball in A.J. Morales (Roger Williams), Brian Kenyon (Claremont-McKenna), Jim Coulter (Roanoke), and Spencer Curto (Gettysburg). They also return senior guard Jayden Reaves, who is generating interest from the Ivy League to prestigious academic division III schools. The junior class features Colby Martins and 6-foot-8 big man Justin Norkus while the sophomore class includes Charlie Weisberg and 6-foot-5 big man Dylan Farley. Collectively, they have the pieces to beat you in a variety of different ways.

St. George’s School – They’re still young but the program is being built from the ground up and the arrival of Tyler Kolek immediately accelerates that process. The reclassified junior will be one of the league’s best guards and play a starring role right away but nonetheless have plenty of help. Junior Samuel Adusei and sophomore Dominic Mello create a deep and talented backcourt while sophomore guards Makai Murray and Ethan Agusto are two long-term prospects to keep an eye on as well. The Dummett brothers, Jayden Dummett and Carter Dummett, anchor the team’s frontcourt.

Marianapolis – Richmond pledge Tyler Burton is one of the best players in the league and someone who should be capable of putting the team on his back but that likely won’t be necessary as senior guard Stephon Baxter has a long history of putting up big numbers while sophomore forward Raymond Espinal-Guzman has a ton of long-term upside as well. The supporting cast features plenty of experience with senior guard Dylan Celona and juniors Deandre Ortiz and Michael Acquaah-Harrison.

Rivers – The senior trio of Liam Regan, 6-foot-7 big man Connor Ojerholm, and sharp-shooting guard Kyle Butler will provide leadership for a team that lacks the one dominant star they’ve featured in recent years. Junior wing Jay Dieterle should emerge as one of the team’s primary offensive threats. Their best long-term prospects though may be their underclassmen with versatile 6-foot-7 sophomore forward Camaron Tongue and freshman shooter Max Poulton.

Beaver Country Day – BCD is young but very talented. Repeat junior Anthony Morales could be a breakout player in Class B this year while fellow juniors Vondre Chase and Malachi Harris will be important contributors as well. Jacob Harris is a sophomore guard to keep an eye on. Freshman sensation Shy Odom should play a key role from day one this year but he’s not the only budding star in BCD’s 2022 class with Chris Rey also in the fold.

St. Luke’s – Scott Vollmer gives them tremendous size in the middle while the rest of the roster is relatively young and inexperienced. Juniors Charles Clemons and Gavin Greene will need to provide both experience and production for the team to challenge for the post-season but there’s an undeniable bright future down the road with Cole Bryant and Kenneth Soares in the sophomore class, Jahkai Washington in the freshman class and 8th grade guard Christian Jones.

Pomfret – Now in year two of a rebuilding project, Pomfret has clearly upgraded their talent and is an ascending program in Class B. Post-graduate big man Nate Karren has attracted interest from all three levels of college basketball since his arrival from the Sacramento area while fellow 2019 prospects Ricky Martin and Jack Srinivasan are expected to be important contributors as well. 6-foot-5 forward Marcus von Recklinghausen is an important piece of their future and a contributing junior while Trevor MacDonald & Amon Williams lead the sophomore class.

Westminster – Westy could be a sleeper in Class B this year with a formidable one-two punch in Chris Robinson and Kyle Hoffman. Robinson may be just a junior but he’s already got a long history of putting up big numbers while the 6-foot-10 Hoffman is an undeniable talented big man with a vast set of natural tools. Junior Joel Pullen and sophomore Tavian Montanez-Ruff provide two more weapons in the backcourt.

Pingree – Once a Class C powerhouse, Pingree remains among the contenders even after moving up to Class B. Junior wing Felix Kloman has already been putting up big numbers to start the season while freshman forward Cleto Chol has a ton of long-term tools and is already making his presence felt.

Governors Academy – This is the first year of a rebuilding effort at Governors Academy as they look to rejoin some of Class B’s elite. Initially those efforts will be led by Holy Cross signee Joe Pridgen, whose productivity is matched by his leadership potential thanks to his toughness and work-ethic.

Holderness – They’ll be led by a pair of junior forwards in 6-foot-6 Karl Jeannot and 6-foot-4 Carter Storey and a pair of sophomore guards in Muhamed Kante and Yansel Reyes. That backcourt duo is especially talented and has the potential to develop into one of Class B’s best in a couple of years.

Berkshire – They’re a program on the rise after a couple of important additions. Jacob Iwowo, a post-graduate from Brooks, helped lead Berkshire to a NEPSAC championship in soccer this fall and should be a big addition on the hardwood as well. Myles Scott will run the show in the backcourt while 6-foot-6 junior Ryan Michaels will be as important to this team’s success as anyone. 6'6 sophomore Noah Helmke should also contribute after transferring in this year.

Groton – Senior captains Bennett Smith and Johnny Stankard will provide leadership while junior guard Jonathan Hahami should contribute as well. Sophomore forward Robbie Stankard is the team’s best long-term prospect and someone who will need to make immediate contributions this year while freshman Rami Hahami is a quality long-term piece as well.

St. Mark’s – Nik Stauskas and Erik Murphy aren’t walking through that door but this club is nonetheless gritty and hard-working with a couple of players capable of doing damage. Senior guard Alex Batista is a multi-sport star but still capable of filling it up on the hardwood while junior wing Bobby Sommers is both physical and skilled.