16u AAU Nationals Coming to an End 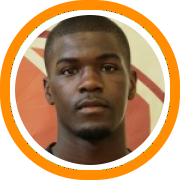 AAU 16u Nationals began this week with 32 4-team pools.  After pool play had concluded the top two teams from each pool advanced to the championship bracket, while the 3rd and 4th place teams continued on to the classic bracket.

BABC fell victim to a tough draw as they ran into All Ohio Red in just the second round of the championship bracket after going undefeated in pool play and knocking off Mt. Royal/Baltimore Elite in the first round of bracket play.

All Ohio Red would come away with just a single point victory, 56-51, ending BABC’s chances of making a deep run in the round of 32.  All Ohio Red blew out Team Georgia Elite in the next round and advanced to the quarterfinals before falling to South Florida Elite.

Mike Carter-Williams continued his terrific summer and was profiled in ESPN’s coverage of the national championships.  ESPN’s National Recruiting Director Paul Biancardi noted Carter-Williams ability to play both guard positions, score the ball from various spots on the floor, and make good use of his size and length both when defending and rebounding the ball.

Connecticut Select also advanced to the round of 32 this week while scoring two big wins over local competition on the way.  They utilized size, length, and athleticism to dismantle MBR in their final pool play game and after CBC scored a play-in victory over the NY Gauchos that set up a meeting between two of New England’s biggest rivals.

While details of the game are hard to come by, what we know for sure is that Connecticut Select defeated Connecticut Basketball Club, 74-70, in what we can only assume was a hard fought and passionate battle between two fierce rivals featuring many of the top young players Connecticut has to offer.

Thus lies the heart of the rivalry, although most the players on both teams remain good friends.  Until this week, this was a match-up that had not yet taken place but had been the source of plenty of hypothetical discussions.

So although, CT Select fell in the next round, they clearly got the win they longed for with McCallop, Harris, Jernigan, Rohan Brown, Steve Santavenere, and Andre Makris forming the core of the team.

Drummond continued to shine for CBC over the course of the tournament as ESPN’s Reggie Rankin went as far as to suggest that he could possibly be the top prospect in the national class of 2012…and that was before Drummond officially “blew up” on Wednesday playing with CBC’s u17 team (stay tuned tomorrow for more on that).

The Central Connecticut Hoopstars relied on Gerald McClease and Alex Conaway, with John Papale out of the line-up, and advanced to the championship bracket by finishing second in their pool, but were unfortunately knocked out in the opening round by Team NLP 56-50.

MBR got knocked off by Connecticut Select in pool play and with three teams finishing with a 2-1 record they lost the tiebreaker and were sent to the classic bracket where they dropped their opening round game.  Cam Shorey and Christian McCue were MBR’s most consistent performers of the week as they averaged 16 and 15 points per game respectively.

Also finishing third in their pool was Drive4Stardum, with a 1-2 record, but they went on to win two more games in the classic bracket including an opening round win over the Boston Spartans, who finished 4th in their pool.

MB Nation also finished 4th in their pool, with a 1-2 record, and then went 1-1 in the classic bracket.  James Ek was the team’s most consistent player of the week while Tyler McFarland had an especially impressive 23 point performance against Garner Road.