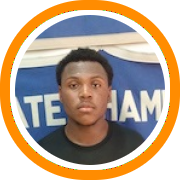 HANOVER, Mass. – Championship Sunday at the 2013 Zero Gravity National Finals did not disappoint.

With over 300 teams competing on roughly 30 courts throughout Southeastern Massachusetts, the top squads in the u15, u16 and u17 age groups gathered at the University Sports Center on Father’s Day for their respective title games. Amidst warm temperatures inside the eight-court facility – and with competition oftentimes trending even hotter – some of the tournament’s best matchups occurred.

In particular, the u16 division featured a couple instant classics.

In the morning, the OLSH Blue Jays (Springfield, Mass.) shocked the City Rocks Orange (NY), 86-85, in triple-overtime. Down by two points, OLSH’s Darrick Boyd connected on an NBA distance three-pointer as time expired in the third-OT to give his team the one-point victory. Boyd led all scorers with 29 points, while Marcus Jackson (22 points) and Rory Flaherty (21 points) shined for City Rocks in defeat.

Later in the day, an u16 quarterfinal matchup between Mass Rivals and Expressions Elite produced more overtime drama. With Rivals trailing by three and seconds remaining in regulation, Matt Locke corralled a pass, threw a shot fake, took two dribbles and connected on a game-tying three-pointer. Rivals went on to the 68-67 overtime victory despite having two of its biggest offensive weapons – Saul Phiri and Tomas Murphy – foul out. Besides Locke, Eric DAguanno also stepped up with 28 points and 16 rebounds.

Ultimately though, BABC continued its impressive play this spring by capturing the u16 Division I trophy. The Leo Papile-coached program defeated the OLSH Blue Jays (Springfield, Mass.), 66-36. Employing its trademark, three-quarter court pressure defense with Terance Mann (Tilton School) at the point and Bruce Brown (Vermont Academy) on the wing, the Blue Jays eventually wore down after keeping it tight over the first 16 minutes. Some early second-half turnovers, however, allowed Mann and Brown to get out in transition where they easily converted and pushed BABC’s lead to over 20 points. With Johnny Joseph (Tilton School) absent for championship Sunday, Aamahne Santos (Redemption Christian) stepped up to play well at the point. For the Blue Jays, Darrick Boyd – who also competes for the Connecticut Basketball Club (“CBC”) – used his stout frame to attack the paint, and when defenders dropped he displayed his sweet stroke from the perimeter. Ty Nichols (Putnam Academy) – a slender and athletic wing player – and the inside presence of Davidson Pacheco (Springfield Cathedral) also showed well for the Blue Jays throughout the three-day tournament.

The Rhode Island Renegades took the u16 Division II title with a 68-58 win over the South Shore Wolfpack (Mass.). Point guard Jessie Tavares quarterbacked his team against the Wolfpack’s pressure defense, and also added a handful of three-pointers, including one off a nice step-back move following a textbook crossover. Nick Geremia, a smooth lefty wing player, consistently attacked using his strong hand and scored with a variety of pull-ups, runners and layups. Meanwhile, Jared Talbert was a force on the glass and came up with a few key steals/loose balls which prompted his coach following the win to call Talbert the “heart and soul” of the team.

16u most impressive individual performances:

Terance Mann – BABC – Fresh-off his 41st-ranking in the class 2015 by ESPN, Mann proved why he is so deserving of the position. His long frame, ever-developing skill set and good instincts underscore his long-term potential to both college coaches and average spectators. He is the undisputed leader of the BABC squad and, as such, was the catalyst and benefactor of their famous 1-2-2 full-court press.

Darrick Boyd – OLSH Blue Jays – Probably the best guard in the u16 field, it was just another productive day for Boyd even though it was the first time this spring he appeared without his usual CBC cast. He started off Sunday with a very impressive 29 point performance (including the game-winning buzzer beater) against City Rocks that took the Blue Jays to triple-OT. He continued his high-level play throughout Sunday and was a bright spot for his squad in a tough loss to BABC. Boyd has a smooth stroke, incredibly tight handle, and a mature body which allows him to absorb contact in the lane and finish.

Eric D'Aguanno – Mass Rivals – He might have been the tournament’s breakout player. D'Aguanno is a knock down shooter who was in rhythm all day. He also possesses a very good basketball IQ which allowed him to score in other ways besides catching and shooting. D'Aguanno saved his best performance for when the lights were the brightest during Mass Rivals intense OT battle with Expressions. He unofficially tallied 28 points and 16 rebounds. He played much bigger against Expressions’ size, and also hit a number of key shots that sent the game into OT before the Rivals eventually captured the 71-70 victory.

Aamahne Santos – BABC – The point guard epitomizes what Leo Papile wants his club to do: speed the other team up to cause turnovers, while being incredibly patient in their half-court offensive sets. Santos controlled the flow very well with Johnny Joseph absent, and gave exactly what BABC needed from the point guard position.

Bruce Brown – BABC – Spearheading the BABC press, Brown benefitted by getting easy layups and dunks throughout the day. Brown, who will be transferring to Vermont Academy in the fall, will surely add depth to the Wildcats’ lineup. Besides being long, athletic, and possessing very good defensive instincts, Brown excels in transition and thrives in an open-court game.

Juwan Gooding – Expressions – In Expressions’ tough loss to Rivals, Gooding was fantastic. A natural scorer, he is very adept at drawing contact in the lane and getting to the foul line. While he can be a streaky shooter, he is deadly once he gets it going. Gooding again proved that he can score from anywhere on the court.

Chris Byno – NY City Rocks – One of the tournament’s more memorable players, Byno is an undersized but extremely crafty point guard who makes everyone around him better. While his shot was a little off Sunday morning, Byno did well at picking the right time to attack the lane before kicking out to shooters or dropping an assist to his bigs. Overall, Byno had a very good weekend by proving that he can play with anyone.

Marcus Jackson – NY City Rocks – As Byno’s partner in crime, Jackson is a bruising 6-foot-8-inch, 260 pound big man who at times dominated the competition. He has very soft touch around the rim, good post moves, and while not all of his shots fell on Sunday, he still played very well in the City Rocks tough 3-OT loss to OLSH.

Saul Phiri – Mass Rivals – Another good weekend for Phiri who is quickly becoming well known in most New England gyms. He can really shoot, has a good handle for a kid who looks like he’s is still growing into his body and always plays hard. Saul possesses fiery emotion, and does not back down from any opponent. Also impressive was his competitiveness and will to win.

Makai Ashton-Langford – Mass Rivals – Playing up an age group, Ashton-Langford held his own against some of the best players in the 16u division. He uses a very tight handle – coupled with great decision making – to pick the times when he penetrates into the paint. He also finished well, especially given his age. Ashton-Langford has a very bright future.

Tommy Mobley – BABC – The Newton North (Mass.) product did his best Tyler Nelson impression by hitting shots from all over the court on Sunday. His presence allowed BABC to widely space the floor and give other guards more room to attack the rim off of the bounce.

Ikenna Ndugba – Expressions – Ndugba’s very tight handle allowed him to create a lot for his teammates, especially when confronted with constant ball pressure from opponents.

Tyonne Malone – Expressions – One of the better athletes at the event, most of Malone’s production came off tip-ins, running the floor on the break and just being in the right spot.

Cameron Durley – North Shore Bobcats – The Tilton School big man was very productive in the paint. He consistently found new ways to score the ball. While he’s still working on slowing down his offensive moves, it’s undeniable that Durley is a force, especially as he continues to add muscle. With only one loss this weekend to BABC, Durley was a big reason for the Bobcats success.

Max Kirsch – North Shore Bobcats – Kirsch is long with good instincts, and seems to play better with every passing week. He has a great work ethic and while he is still growing into his body, it would not be surprising if he turned the corner as a prospect in the next few years.

Tomas Murphy – Mass Rivals – Another young big man playing up, the youngest Murphy brother more than held his own. While he was battling foul trouble for most of Sunday, he has excellent hands, finishes well around the hoop and has a good looking mid-range jump shot. All signs point to another Murphy blossoming into a local high school star and top-level Division I recruit.

Devonte Wardell – Drive Elite – Wardell stood out for his endless activity level, and the toughness he brought to an undersized Drive Elite squad. He consistently made plays around the hoop whether finishing off an athletic drive or tipping in a teammates’ missed shot. Many would agree his defining moment of the weekend occurred when he threw down a vicious dunk towards the end of his early morning Sunday game.

Ty Nichols – OLSH Blue Jays – Nichols was a jack-of-all-trades for the Blue Jays and scored in a variety of ways. Extremely quick and with a quick vertical that allows him to get to the rim in a hurry, Nichols can also step out and hit outside shots if the opposing defense does not fully close out. Nichols also benefitted from some great drive and kicks by Darrick Boyd, who seemed focused on making Nichols shine.

Davidson Pacheco – OLSH Blue Jays – The long and athletic wing was the unsung hero in the Blue Jays championship game run. He played a lot bigger than his size all day, something he did very well. Pacheco also rebounded in high volume, ran the floor well, and even threw some great passes from the high post.

Rory Flaherty – NY City Rocks – The City Rocks sniper was hitting shots all day with many coming at moments when his team needed them the most. He was great in their early morning battle against the OLSH Blue Jays when he went for 21 points on six three pointers.